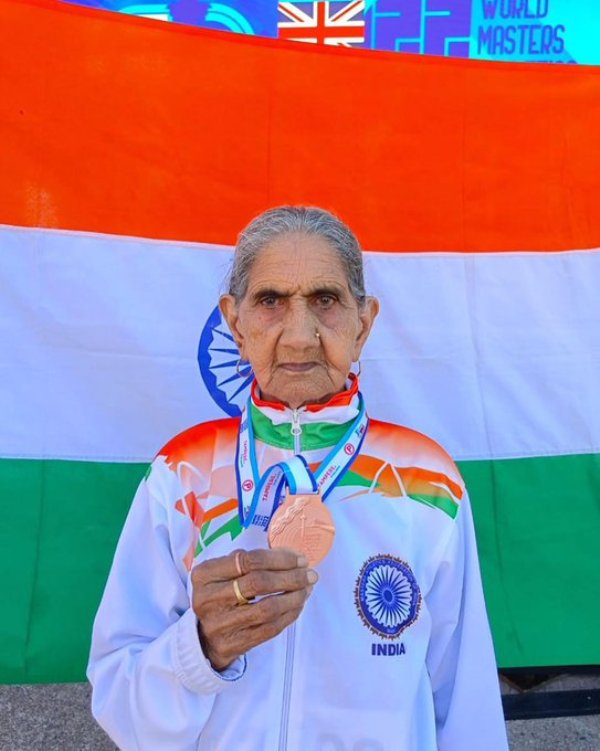 India’s 94-year-old #BhagwaniDevi Ji has yet again proved that age is no bar!

She won a GOLD medal at the #WorldMastersAthleticsChampionships in Tampere in the 100m sprint event with a timing of 24.74 seconds.🥇She also bagged a BRONZE in Shot put.
Truly commendable effort!👏 pic.twitter.com/Qa1tI4a8zS
— Dept of Sports MYAS (@IndiaSports) July 11, 2022