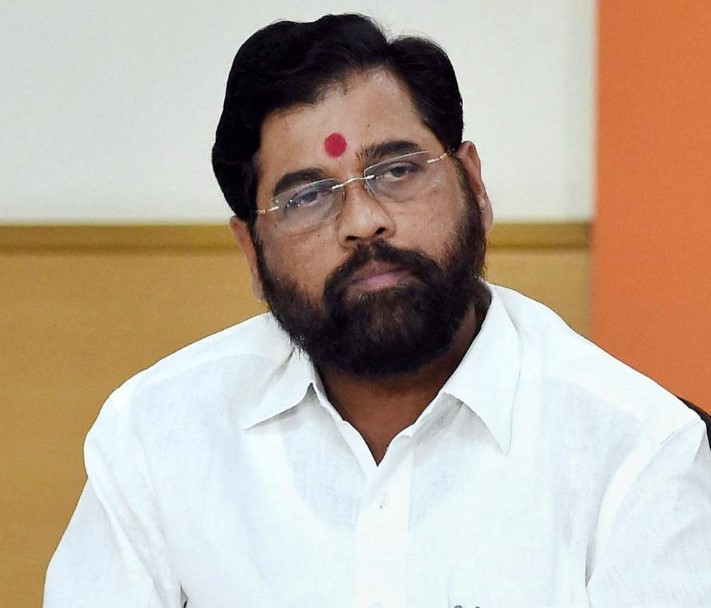 Eknath Shinde was born on Sunday, 9 February 1964 (age 58 years; as of 2022) in Mumbai. His zodiac sign is Aquarius. In 1981, he completed his 11th class at Mangala High School & Junior College, Thane. In 2014, after venturing into politics when he became a minister in the BJP-Shivsena government, he completed his Bachelor of Arts degree in distinction from Yashvantrao Chavan Open University, Maharashtra. His main subjects were Marathi and Politics.

He is married to Lata Eknath Shinde who is in the construction business. The couple has a son named Shrikant Shinde who is a politician and an orthopaedic surgeon. Dr Shrikant Shinde contested the Lok Sabha elections from the Kalyan constituency in 2014 and was elected as a Member of Parliament by defeating his opponent Anand Paranjape, the NCP’s candidate.
Eknath Shinde with his family

Eknath Shinde studied till eleventh class and quit his studies to earn a livelihood for his family. In the 1980s, when he was into a small job, he was introduced to Shivsena supremo Bal Thackeray and Shivsena’s Thane District Chief Anand Dighe, who helped him to join Shiv Sena. Soon after joining Shiv Sena, he was elected as the Shakha Pramukh of Kisan Nagar in 1980. Subsequently, he started initiating several political and social rallies, which were focused on the issues such as inflation, black marketing, hoarding of essential commodities such as palm oil by traders etc. He was detained by the police for forty days for participating in the Maharashtra-Karnataka Border agitation. He was appointed as the Corporator of the Thane Municipal Corporation (TMC) in 1997. In 2001, he was nominated as a Leader of the house in TMC, and he served the position till 2004. After the demise of Anand Dighe, he was appointed as the chief of the Thane district in 2001. Gradually, Shiv Sena grabbed the kingship in the Thane Municipal Corporation, Kalyan-Dombivali Municipal Corporation, Ulhasnagar Municipal Corporation, Bhiwandi Municipal Corporation, Ambernath Municipal Council, and Badlapur Municipal Council under Eknath Shinde’s guidance. In 2004, Bal Thackeray gave him the opportunity to contest the assembly elections, and he was elected as MLA from the Thane legislative assembly constituency with a great margin of votes. In 2005, Shiv Sena designated him as the Thane District Head. The consecutive legislative assembly elections in 2009, 2014, and 2019 were won by him that led to his appointment as the leader of the legislative party of Shiv Sena and the Leader of the Opposition in the Maharashtra Assembly. Eknath Shinde was designated as the Minister of Public Works in December 2019. He was granted the additional duty as chairman of the Maharashtra State Roads Development Corporation (MSRDC). In 2019, he was designated as the Health Minister of Maharashtra, and soon, he hit the headlines for filling the 890 posts of MBBS doctors and specialists in several hospitals, issuing regulations to pay salaries to the contract workers under the National Health Scheme, establishing dialysis centres in sub-district hospitals, authorising 60 dispensaries under the ‘Balasaheb Thackeray Aapla Dawakhana’ scheme. He also began a Mahavir Jain Hospital at Hajuri in Thane in a joint venture with the Thane Municipality and an NGO named Jito. He was designated as the Minister for Public Works Department (Public Undertakings) with the additional responsibility of the Health and Family Welfare Ministry in 2019.