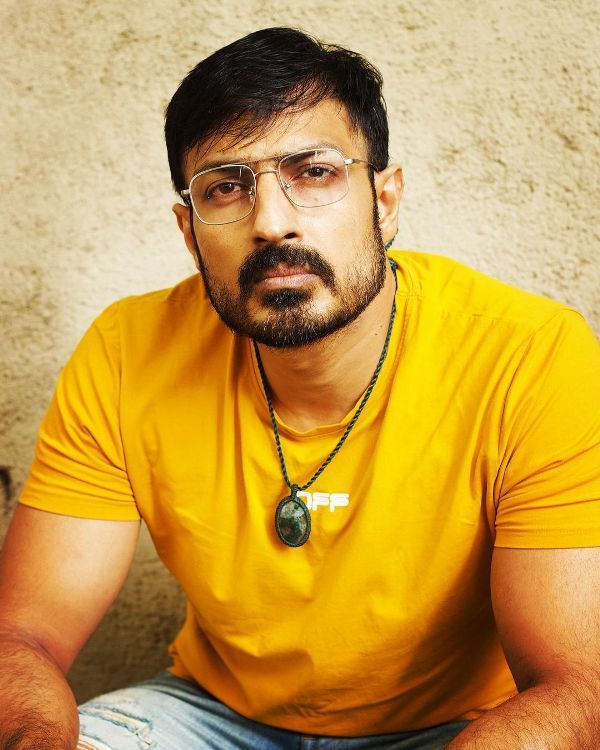 Harish Uthaman is an Indian actor who primarily works in Tamil and Telugu films. Harish Uthaman is best known for his performance in negative roles in the films like Meagamann (2014), Thani Oruvan (2015), Bairava (2017), Kalki (2019), and Bheeshma Parvam (2022).

Harish’s father was a farmer who passed away in 2005. He has three brothers and one sister.
Harish Uthaman with his mother

On 6 September 2018, Harish Uthaman married celebrity makeup artist Amrita Kalyanpurat at Guruvayur Krishna Temple, Kerala.
Harish Uthaman with his first wife Amrita Kalyanpurat
The wedding ceremony took place in the presence of their friends and family. The couple divorced within a year of their marriage in 2019. On 20 January 2022, Harish married Malayalam actress Chinnu Kuruvila at the registrar’s office in Mavelikkara, Kerala.
Harish Uthaman with his second wife Chinnu Kuruvila
The couple registered their marriage as per the Special Marriage Act.

Harish Uttaman started his career as a cabin crew member at Paramount Airways. He worked there for around 3 years.
Harish Uthaman with his Paramount Airways colleagues
For the next 2.5 years, he worked as a Flight Steward at British Airways. Later, Harish worked in an advertisement company in Chennai.

In 2008, Harish Uthaman appeared in the television show Kolangal in which he played the role of Madhubalakrishnan on Sun TV.

In October 2013, Harish Uthaman appeared in the music video Undone from the album Tarang.

Harish Uthaman with his award for Best Villain