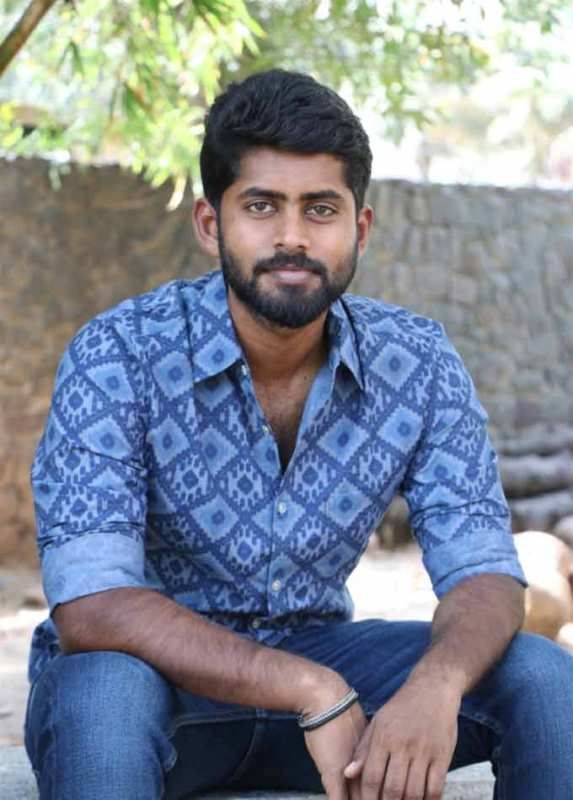 In 2013, Kathir made his debut in the film Madha Yaanai Koottam. In 2015, he played the role of Kathir in the film Kirumi.
Poster of Kathir’s film Madha Yaanai Koottam
In 2017, Kathir appeared in two films Ennodu Vilayadu as Sridhar and Vikram Vedha as Vignesh (Pulli). In 2018, he played the role of 2018 Pariyerum Perumal (Pariyan) in the film Pariyerum Perumal.
A still from Kathir’s film Pariyerum Perumal
In an interview, Kathir discussed his role in the film and said,
I willingly approached director Maari Selvaraj when I heard about PP, and he felt I would suit the titular role. An actor needs the space to prove his talent, and PP has created that space and given me the scope to perform. Even while hearing the script, I knew I would have to work very hard in terms of building my physical and mental stamina. I was prepared for it. We shot for 45 days under the scorching sun in Tirunelveli, and Maari would shoot scenes that involved running, jumping, falling down and then running back for two-and-a-half hours at a stretch. Even to find shelter, you’d have to walk a mile.”

In 2019, Kathir appeared in four films; Sigai as Mathivanan, Sathru as SI Kathiresan, Bigil as Kathir, and Jada as Jada.
Poster of Kathir’s film Jada
In 2021, he played the role of Arivu in the film Sarbath.