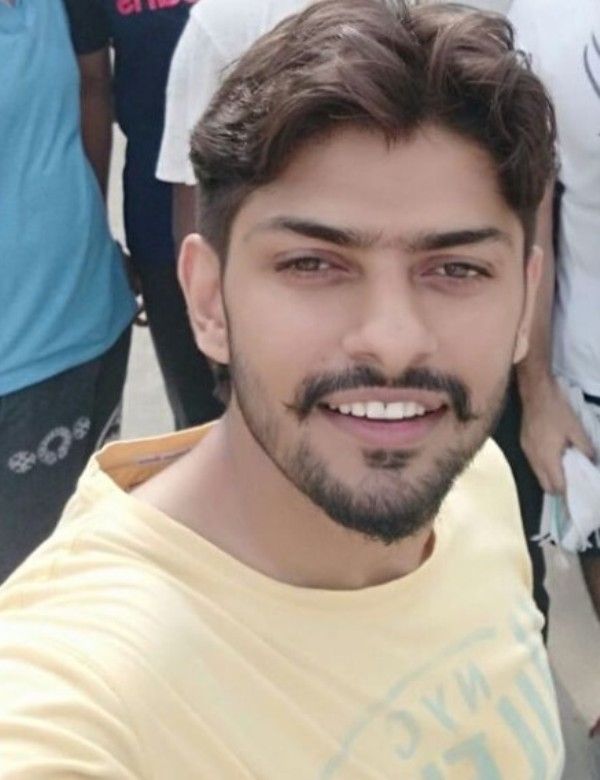 Lawrence Bishnoi is an Indian gangster who is known for being involved in the killing of the popular Punjabi singer Sidhu Moosewala. He is also known for threatening to kill Salman Khan in 2018 for blackbuck hunting.

According to some reports, Lawrence Bishnoi was born on Saturday, 22 February 1992 (age 30 years; as of 2022) , whereas some sources state that he was born on 12 February 1992 (age 29 years; as of 2022) in Fazilka, Punjab. His zodiac sign is Aquarius. He attended DAV College, Chandigarh and pursued a Bachelor of Law at Panjab University, Chandigarh.

He belonged to the Bishnoi community.

According to some sources, he resided in hostel no. 4 in Panjab University and Sector 4, Panchkula.

Lawrence Bishnoi is a notorious criminal in India and has been arrested in many cases including murder, extortion, and robbery. In 2011, he open fired on the members of the opposite party in college after he lost the elections. The first FIR was filed against him in 2011. In 2015, he ran away to Nepal when Punjab police were taking him to present in the court.
Lawrence Bishnoi during college days when he got arrested
When he was twenty-nine years old, he had committed more than fifty crimes. As of 2022, he was lodged in Delhi’s Tihar jail. In 2020, Bishnoi and Goldy Brar murdered Gurlal Singh Bhalwan as revenge for their close aide Gurlal Brar.

In 2018, Bishnoi attracted controversy when he said that he would kill Salman Khan in Jodhpur. He said this because he was hurt by the black buck hunting case in which Salman was involved. It was reported that Lawrence was offended by the back buck hunting because he belonged to the Bishnoi community. He gave the statement of killing Salman while he was being taken to the court and many police personnel were present there.

Use of mobile phones in jail

In 2021, the jail management caught him using a phone in the jail. Reportedly, he used to contact his gang members outside the jail and get people murdered.

In 2021, after Sushil Kumar was arrested on the murder charges of Sagar, there were reports that Sushil was backing up the Bishnoi gang.

In 2022, there were reports that the Bishnoi group was responsible for the murder of Kabaddi player Sandeep Nangal. In a social media post, they wrote,
Yesterday, we sent Sandeep Nangal Ambian to hell and his fault was that he cheated our group. He got his work done and then went abroad. We have killed him because it was necessary.”
Later, it came out that the reports were fake.

In 2022, popular Punjabi singer Sidhu Moosewala was murdered by a group of people. A few hours after his murder, Goldy Brar and Lawrence Bishnoi took the responsibility for killing him. After Sidhu Mossewala was murdered, Goldy Brar and Bishnoi took responsibility for his murder. In a social media post, they wrote,
Today, Moosewala was killed in Punjab, I, Sachin Bishnoi, Lawrence Bishnoi take the responsibility. It’s our work. Moosewala’s name surfaced in our brother Vikramjit Singh Middukhera and Gurlal Brar’s murder, but the Punjab Police did not take any action against him. We also came to know that Moosewala was also involved in the encounter of our associate Ankit Bhadu. Moosewala was working against us. Delhi Police had taken his name but Moosewala used his political power and saved his skin each time.”
Goldy Brar’s post on Facebook after Moosewala’s death
On 30 May 2022, he filed a petition to receive protection from a fake police encounter, which was denied by the court.

After Bishnoi was arrested by the police, many of his group members were also arrested and encountered by the police in connection to murders and extortion. In 2019, Ankit Bhadu, who was an ally of Bishnoi was encountered by the police in Zirakpur for kidnapping a girl hostage. In 2021, he was taken to Jaipur for interrogation after a complaint was registered against his ally Sampat Nehra. Sampat told the police that he made the WhatsApp call and demanded protection money of Rs 1 crore from the businessman after Bishnoi had asked him to do so. In 2021, Vicky Middukhera, who was a close ally of Bishnoi was killed in a gang war in Mohali after being shot with fifteen bullets. Reportedly, he was trying to make strong connections in Delhi through his close associate Sandeep. In 2021, police arrested Manju Arya aka Meenu, the lady aide of the Bishnoi group.