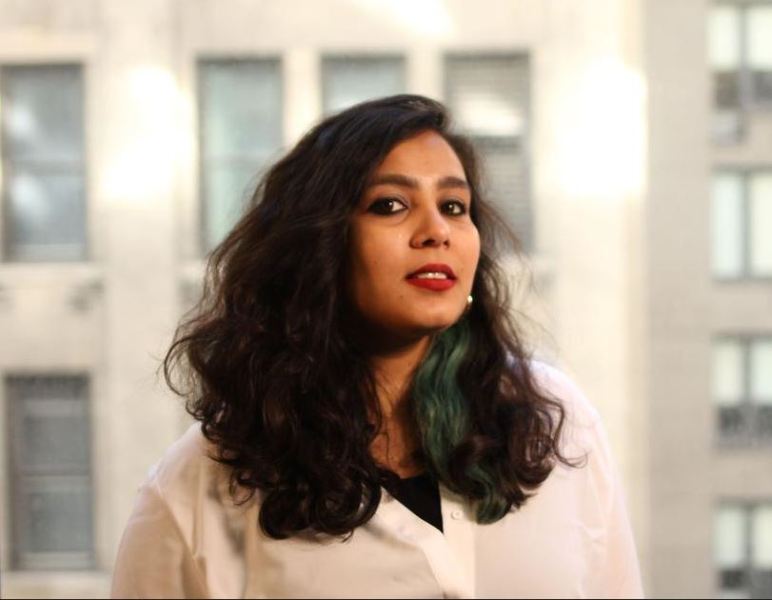 Yashica Dutt is one of the leading Indian writers, authors and journalists, based in New York. She is recognised across the globe for her work on the excruciating set of issues in the field of gender, identity, caste, and class.

Yashica Dutt was born on Sunday, 05 February 1986 (age 36 years; as of 2022) in Ajmer, Rajasthan. Earlier, she studied at Sophia Boarding School, in Merta City, Nagpur, India and then pursued her graduation at St. Stephen’s College, New Delhi, India. Later, she completed her master’s in Journalism at  Columbia University in New York, United States.

Yashica Dutt belongs to an impoverished family from Rajasthan.

Yashica Dutt grew up in a family belonging to the group which is at the bottom of the caste system’s hierarchy in Indian society, i.e., Dalit, formerly called untouchable. She grew up learning to conceal her identity as a Dalit. Yashica was seven years old when she joined a boarding school in Merta City, located in the Nagpur district in Rajasthan, India. Her mother, Shashi, was concerned about her admission to a good private school as she was familiar with her financial condition and the discrimination in society based on caste. Yashica’s mother advised her to hide her identity of being Dalit and to pretend to be ‘upper-caste’ to ensure a secure and discrimination-free journey of education in the school. As she was studying in a boarding school, she was living with the girls from the ‘upper-caste’ which helped her to pretend to be one of them in a better way by observing and adapting their living styles. Yashica Dutt often faced discrimination on the bases of colour as she used to apply a mixture of dry powder and milk, made by her mother, to become fair so that no one could recognise her caste, which soon came into the observation of the caretaker at the hostel. Yashica didn’t tell her mother about it as she knew it would make things only worse. She stopped applying those mixtures and managed to hide the packets of mixtures (ubtans) from her classmates and the caretaker. She didn’t throw them away either and kept a collection of bags containing ubtans, made by her mother, with herself as she felt a connection to her mother through those bags. Being educated from a convent school and having a ‘dusky’ skin tone, Yashica could easily appear as a non-Dalit. Her family dropped the use of the surname ‘Nidaniya’ and switched to the surname, ‘Dutt’. Yashica Dutt’s first public confession of being ‘low-caste’ was at the age of 15, that one day when Yashica walked her friend home (like she always did), her friend’s mother invited her inside and offered her a glass of water. Yashica was sitting across from her friend’s parents when they came up with the question about her caste to which she decided to answer honestly and told them the truth. Right after learning about her caste, they tried to explain themselves as liberal and then asked her to leave. Yashica Dutt had the sense of things being wrong. After a few days when she saw her friend and tried to talk to her, her friend told her that her parents have asked her to stop being in touch with her.

In 2016, Yashica Dutt shared the kind of questions that were asked and what she used to counter. She said,
My convent school education, a non-Dalit sounding last name, and a skin color that was ‘dusky but still not dirty’ eased my passing as a non-Dalit. “Beta, what caste are you from?” “Aunty, Brahmin.” A lie I spoke so often and with such conviction, that I not only fooled my friends’ mothers but even myself. ”
Yashica Dutt kept her caste hidden for more than a decade. Following the incident of Rohith Vemula, an Indian PhD student at Hyderabad Central University, who committed suicide to protest against the discrimination faced by all Dalits across South Asia including him, Yashica Dutt declared herself a Dalit on Tuesday, 2016. She invited the Dalits to write down their stories and share them on Facebook and Tumbler.

Yashica Dutt has worked as a Principal Correspondent at Brunch, Hindustan Times. She has worked as a freelancer journalist with The Wire, Livemint, HuffPost India, and Scroll.in as well.

She received the Sahitya Akademi Yuva Puruskar (India’s National Letters’ Award) in 2020 for her book ‘Coming Out as Dalit: A Memoir’ (2019).