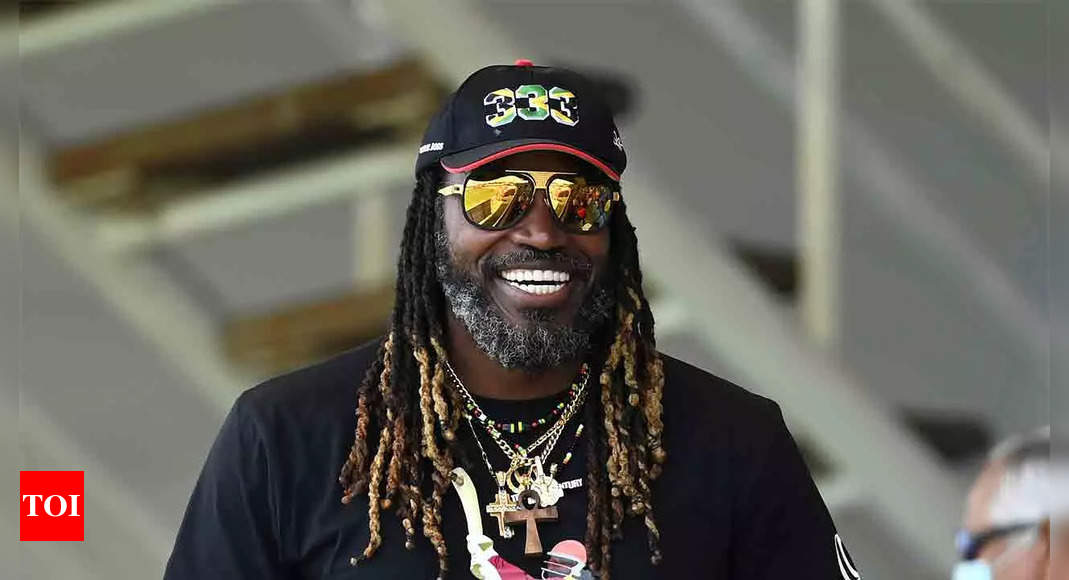 LONDON: One of T20 cricket’s all-time greats, Chris Gayle has revealed that he opted out of IPL 2022 because of lack of respect, saying he “wasn’t treated properly” in the last couple of years despite doing so much.
The swashbuckling West Indian has been one of the top performers with the bat since the inception of the lucrative league.
After stints with Kolkata Knight Riders and Royal Challengers Bangalore, ‘the Universe Boss’ joined Punjab Kings.
But after enjoying a good 2019 season, when he finished as the sixth highest run-getter in the tournament, Gayle struggled to find a spot in the Punjab playing XI in 2020 and 2021.
Last year, Gayle featured in 10 games and scored 193 runs at a strike rate of 125.32, while in 2020, he played just seven matches and amassed 288 runs.
“For the last couple of years, the way the IPL went about, I felt like I wasn’t treated properly,” Gayle was quoted as saying by ‘mirror.co.uk’.
“So I thought ‘okay, you (Gayle) didn’t get the respect you deserved after you did so much for the sport and IPL’. So I said ‘okay, that’s it, I’m not going to bother to enter the draft’, so I left it as it is.
“There is always going to be life after cricket so I’m just trying to adapt to normality.”
However, the big-hitting Jamaican has also vowed to return to the league next year, adding that he would love to win a title with either RCB or Punjab Kings.
“Next year I’m coming back, they need me! “I’ve represented three teams in the IPL — Kolkata, RCB and Punjab.
“Between RCB and Punjab, I would love to get a title, with one of those two teams. I had a great stint with RCB where I was more successful within the IPL, and Punjab, they’ve been good.
“I love to explore and I love challenges so let’s see what happens.”
In 142 IPL matches, Gayle amassed 4,965 runs. The 42-year-old also holds the record for the highest individual score in IPL history — 175 — against Pune Warriors in 2013.