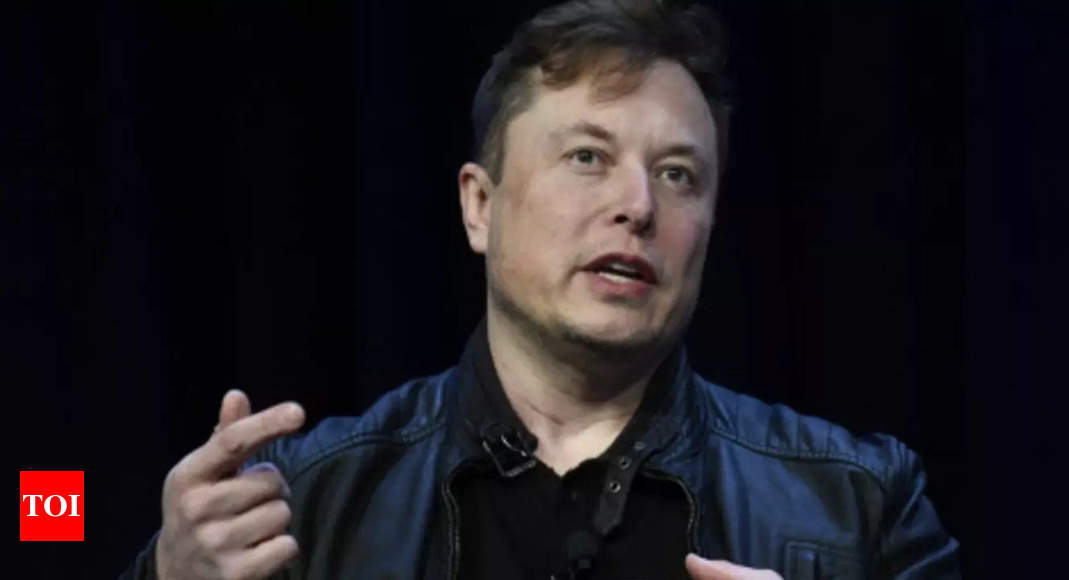 Elon Musk, the world’s richest man, struck a deal Monday to buy Twitter for $44 billion, capping a saga complete with hostile takeover threats before delivering him personal control of one of the most influential social media platforms on the planet.
Twitter famously served as a megaphone for former US president Donald Trump before the platform banned him, and Musk — a self-proclaimed “free-speech absolutist” — has said he wants to reform what he sees as the platform’s over-zealous content moderation.
“Free speech is the bedrock of a functioning democracy, and Twitter is the digital town square where matters vital to the future of humanity are debated,” Musk said in a statement released by Twitter.
“I also want to make Twitter better than ever by enhancing the product with new features, making the algorithms open source to increase trust, defeating the spam bots and authenticating all humans.”
The publicly traded firm will now become a private company owned by Musk, who negotiated a purchase price of $54.20 per-share, Twitter said.
“Twitter has a purpose and relevance that impacts the entire world. Deeply proud of our teams and inspired by the work that has never been more important,” the company’s CEO Parag Agrawal said in a tweet.
Musk last week lined up around $46.5 billion in financing to make the purchase happen, and Dan Ives, an analyst at Wedbush Securities, predicted earlier in the day that since the board could not find another buyer, it would likely accept his offer.
“This basically put (their) back against the wall, they had to come to the negotiation table,” he said in an interview on CNBC.
On Wall Street, Twitter stock was trading 5.9 per cent higher around 1915 GMT.
Musk, who has complained of overzealous moderation on the platform, bought a nine-per cent stake in Twitter earlier in April, then offered to buy the whole company outright, citing a mission of preserving free speech.
While the firm’s board initially said it was reviewing his offer, it later rebuffed him and adopted a “poison pill” plan that would have made it harder for Musk to acquire a controlling position.
Last week, Musk — whose immense wealth stems from the popularity of Tesla electric vehicles as well as other ventures — said he had lined up financing.
Despite Musk’s wealth, the question of financing had been seen as a potential stumbling block because much of his holdings are in Tesla shares rather than cash.
In a filing, Musk had pointed to a $13 billion debt facility from a financing consortium led by Morgan Stanley, a separate $12.5 billion margin loan from the same bank, as well as $21 billion from his personal fortune as being behind the deal.
Musk’s efforts have raised hopes about the commercial potential of Twitter, which has struggled to achieve profitable growth despite its influential spot in culture and politics.
Under Agrawal, who took over as Twitter CEO late last year, the company has made progress on new monetization features, such as subscription products, Truist securities said in a note, adding that “short term, Musk’s involvement at this stage runs the risk of disrupting those efforts.”
But the polarizing Tesla chief’s campaign has also sparked concern among technology and free-speech experts who point to Musk’s unpredictable statements and history of bullying critics, which contradict his stated aims.
Progressive group Media Matters for America warned that Trump, who was banned from Twitter after last year’s assault on the US Capitol by his supporters seeking to overturn the 2020 presidential election result, could return if Musk’s purchase goes through.
“Any negotiations to sell Twitter to Musk must include clear enforceable mechanisms to uphold and maintain existing community standards, including the removal of those who violate those standards,” the group’s president Angelo Carusone said in a statement.