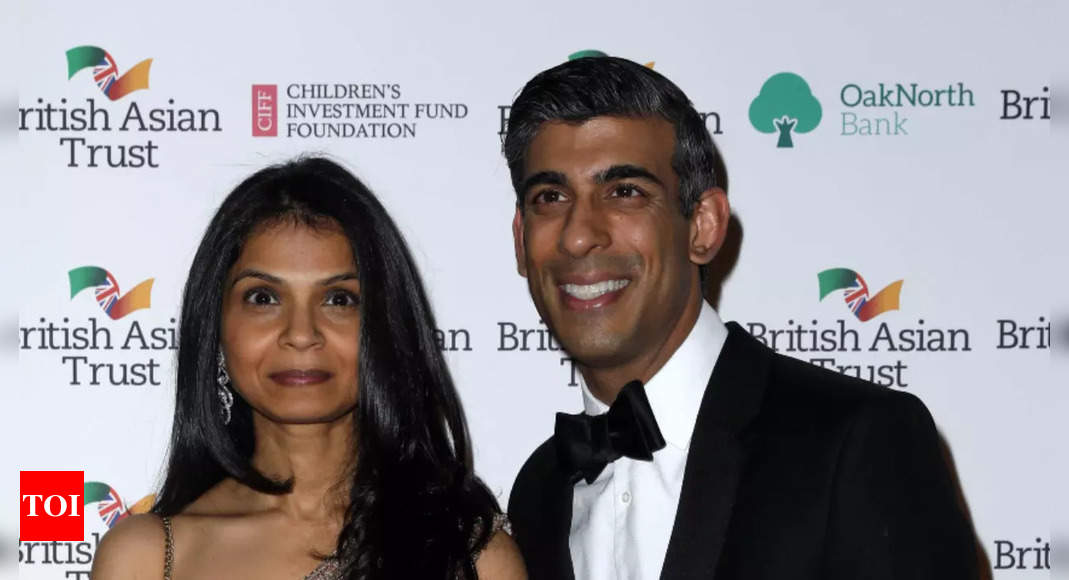 LONDON: A British government ethics advisor on Wednesday cleared Treasury chief Rishi Sunak of wrongdoing over his wife’s tax affairs and his possession of a United States permanent resident’s card. Sunak asked Christopher Geidt to investigate potential ministerial conduct breaches after revelations that Akshata Murty, Sunak’s wife, did not pay U.K. tax on overseas income and that Sunak held a green card, which requires bearers to file U.S. tax returns. Sunak gave up his green card last year, two years after being appointed chancellor of the Exchequer.
There were no allegations of lawbreaking, but critics said the arrangements were inappropriate for the official in charge of taxation and the economy at a time when Britain is facing a cost-of-living crisis fueled by soaring energy prices.
Geidt, the adviser on ministers’ interests, found two instances where Murty’s tax status “could have given rise to a conflict of interest” for Sunak, but said in both cases Sunak had dealt with them properly and openly. He also concluded that there was no “inherent conflict of interest” in Sunak holding a green card.
Geidt said Sunak had been “assiduous in meeting his obligations and in engaging with this investigation.”
Murty owns a stake in Infosys, an Indian IT company founded by her billionaire father, that has received more than 50 million pounds ($63 million) in U.K. public sector contracts since 2015. Geidt said the shareholding was “properly declared” and the firm has held no Treasury contracts during Sunak’s time in office.
Sunak, a 41-year-old former hedge fund manager, had been seen as a likely successor to Conservative Prime Minister Boris Johnson, until the financial revelations raised questions about his judgment and damaged his sure-footed image. He has also been fined by police, along with Johnson and some 50 others, for attending a party in the prime minister’s office in 2020 that broke coronavirus lockdown rules at the time.
Geidt answers directly to the prime minister, and has been accused of going easy on top officials in his investigations. Last year he cleared Johnson of breaking the ministerial code by failing to disclose that a Conservative party donor had funded a pricey refurbishment of the prime minister’s official residence.