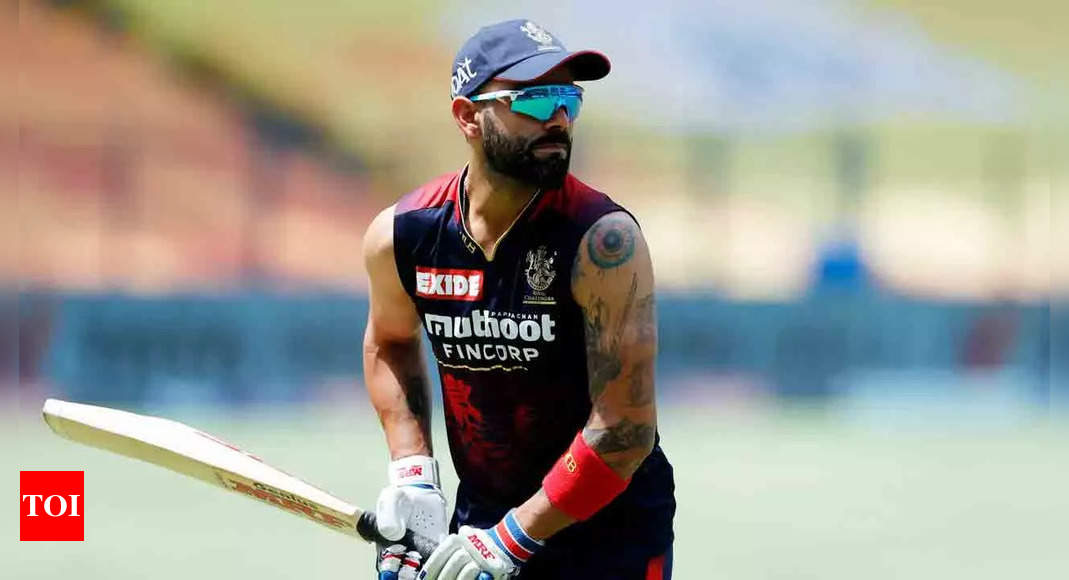 NEW DELHI: Virat Kohli is hopeful that his friend and South African superstar AB de Villiers will be back at the Royal Challengers Bangalore in a new role next year.
De Villiers had been a big part of RCB family before he retired from all forms of cricket last year.
“I miss him a lot. I talk to him regularly. He was in the US recently with his family watching golf… He is keenly observing RCB and hopefully he will be here next year in some capacity,” Kohli said during a light-hearted chat posted on RCB’s Twitter handle.
Interview of the year! Catch Virat Kohli in a relaxed, honest and fun avatar, even as Mr. Nags tries to annoy him j… https://t.co/XkRVe5GUaD— Royal Challengers Bangalore (@RCBTweets) 1652239800000
Kohli is enduring one of the worst phases of his career, having scored 216 runs in 12 matches in the IPL with just one fifty.
He has also been dismissed for three golden ducks this season.
“It has never happened to me ever in my career I think, so I just smiled. I felt like I have seen everything that the game has to show,” Kohli said.
His poor form has raised concerns with Ian Bishop pointing out Kohli’s inability to score fluently in the IPL this season. The former West Indies pacer also said that it was a matter of concern that he is getting out to different types of bowlers.
However, Kohli said he doesn’t pay heed to opinions and keeps critics at bay.
“They can’t be in my shoes, they can’t be in my shoes, they can’t feel what I feel, they can’t live those moment,” the former India skipper said.
“You said how you cut the noise, you either mute the TV or don’t pay attention to what people are saying and I do both of these things.”
With Kohli stepping down from RCB captaincy, Faf du Plessis took over the reins and Kohli said he always enjoyed mutual respect for each other.
“Me and Faf have always gotten along really well even before he was captain of South Africa. Faf is a guy who is sure of himself and he has full authority on the field,” he said.
“He tells me sometimes, if I mention things, that he doesn’t want to do that, which I respect a lot. That only makes you gain respect for the person you are playing under.”