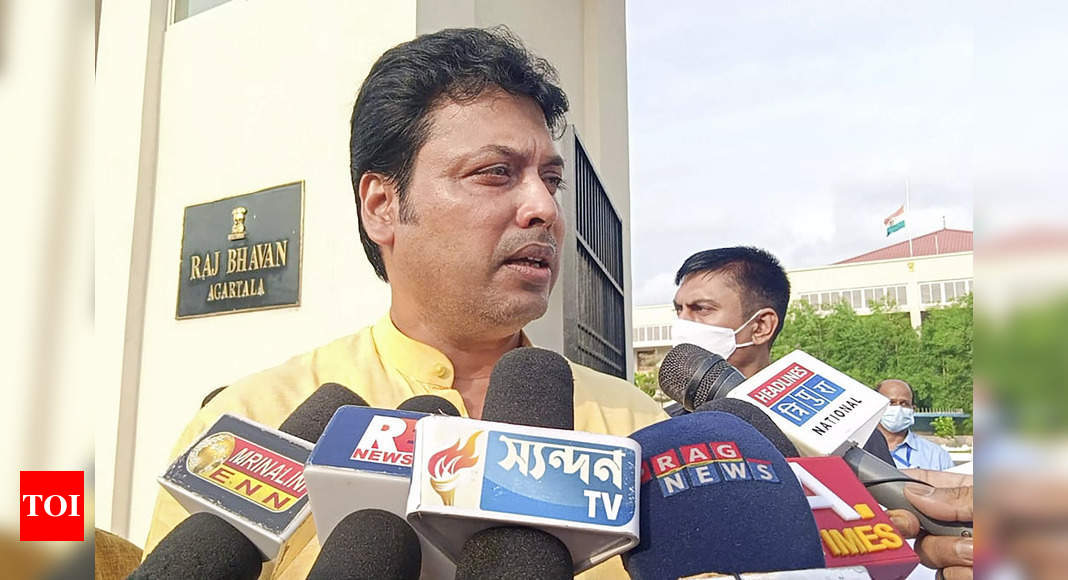 GUWAHATI/NEW DELHI: By replacing Tripura chief minister Biplab Deb, the BJP leadership has once again relied on its mantra of replacing a chief minister just before the polls to beat anti-incumbency, as was done in Uttarakhand, where the party broke the trend of the party in office being voted out.
“The disgruntlement among the state party leaders was increasing fast. It was reflecting on the general mood in the state. However, the party leadership took its time before making the decision that it could not go to the state polls with so much discontent among the party cadres,” a senior party functionary said.
A senior BJP functionary said that there was feedback that the party was losing appeal in Tripura. “There were inputs that the party’s popularity was on the wane and that CPM (the principal opposition) was gaining ground. The state had gotten rid of the decades of CPM misrule. People would never want to vote for them if the party lives by general expectations,” a party leader said.
Deb, who met Shah and BJP president J P Nadda this week, was asked to step down and clear the way for another leader to succeed, party sources said. “The 2023 election is coming, and the party wants a responsible organiser to take charge of the affairs. A government can only be formed if the organisation is strong,” Deb said after submitting his resignation.
Manik Saha’s selection as Tripura CM came as a surprise of sorts as he had been elected to the Rajya Sabha from the lone seat barely two months ago. Although he had quit Congress and joined BJP in 2016, his elevation in the party is seen as a tribute to his long fight against CPM, which was in government in the state for 25 years. An experienced and senior leader, Saha is seen as someone who can unite the party cadres and end the infighting ahead of the polls.
Saha is also the fourth former Congress leader from the Northeast to become CM in the region after joining BJP.