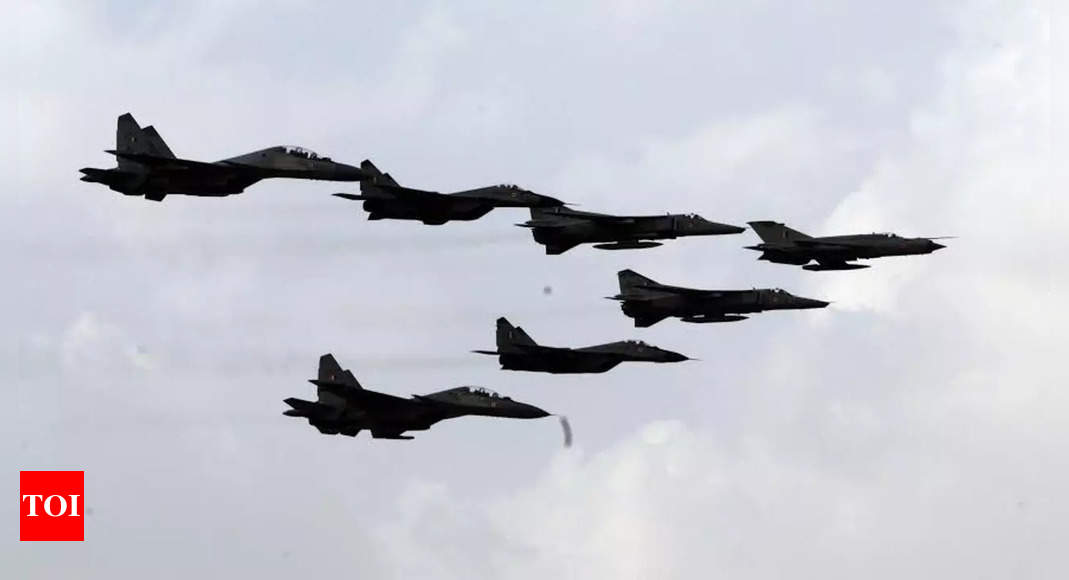 NEW DELHI: The current geopolitical situation dictates that India be prepared for short swift wars as well as long-drawn standoffs like the ongoing one with China in eastern Ladakh, the IAF chief said on Thursday, while stressing the criticality of operational logistics for such contingencies.
Quoting Sun Tzu that “the line between disorder and order lies in logistics” during a seminar, Air Chief Marshal V R Chaudhari said only a commander who understands logistics can push the military machine to the limits without risking a total breakdown. The comments came in the backdrop of Russia’s invasion into Ukraine towards end-February getting bogged down by poor logistics.
“The current geo-political situation necessitates IAF to prepare for intense and small duration operations at a short notice. This new paradigm of high intensity operations, coupled with minimal build-up time would require major changes in terms of operational logistics,” ACM Chaudhari said.
IAF’s recent experiences as well as the evolving geo-political scenario mandates the force to be operationally and logistically responsive at all times. Effective logistics management is key to sustenance of our combat potential, especially because the IAF has a “fairly vast and diversified inventory”, he said.
“In the force, space and time continuum, there would be a need for us to prepare for short swift wars as well as be ready for a long drawn standoff akin to what we are seeing in eastern Ladakh. There will be a need to cater for resources bridging and transportation for both these contingencies,” the IAF chief added.
While movement of `squadron load’ to operational locations would be supported to an extent by dedicated air effort, the timely replenishment of aviation turbine fuel, oil, lubricants, armaments and spares would be a challenging proposition because, during such contingencies, the
roads and rail heads would be choked due to simultaneous movement of the Army along the same axes.
“Towards this, we need to formalise an integrated road and rail management plan and explore the feasibility of increased containerisation and use of civilian wide-bodied aircraft,” ACM Chaudhari said.
“A focused action plan needs to be developed for Indigenisation of all critical components in order to achieve the nation’s mandate of ‘AtmaNirbharata’. In doing so, we must leverage emerging technology like Artificial Intelligence, Block-chain and Internet of Things, suitably adapted to our supply chain requirements,” he added.