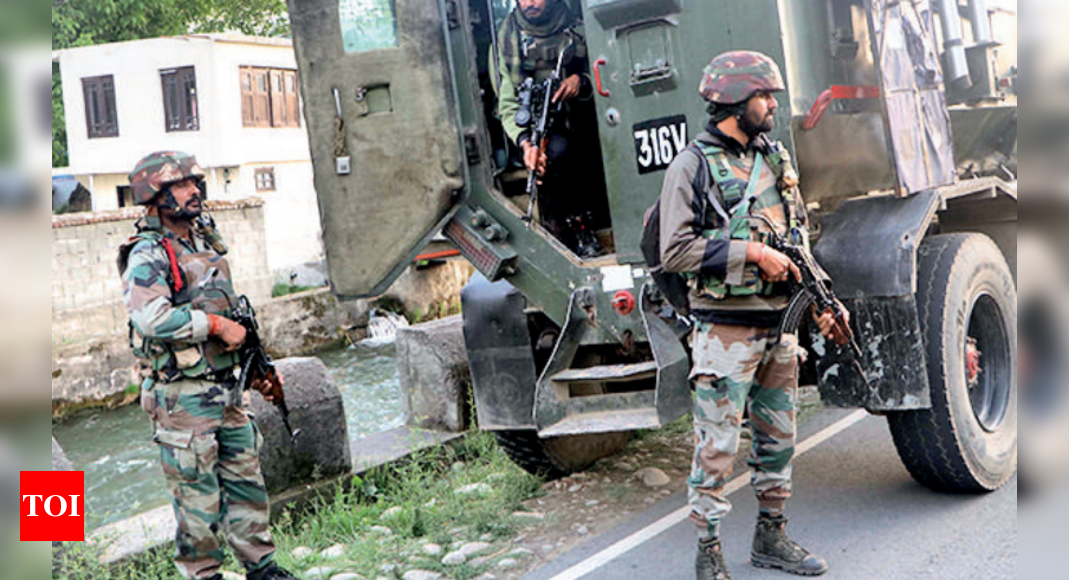 SRINAGAR: A Lashkar-e-Taiba deputy commander wanted for killing two J&K police officers in separate attacks last year and a Srinagar teen reported missing by his family were among three terrorists shot dead in a gunfight with security forces at Pahoo in south Kashmir’s Pulwama on Sunday. Ten terrorists have been shot and killed in four combing operations over the past three days, including two Jaish-e-Mohammad men in Kulgam on Saturday who have since been identified as Pakistani intruders.
IGP (Kashmir range) Vijay Kumar said slain LeT operative Arif Hazar, alias Rehan, was part of the hit squad that targeted police inspector Parvaiz Ahmad Dar when he was returning home unarmed after offering prayers at a mosque in Srinagar’s Nowgam in June last year. Three months later, Arif was involved in the fatal shooting of newly recruited sub-inspector Arshid Ahmad Meer. He was also part of the attack in which a mobile-shop owner in downtown Srinagar was killed, the IGP said.
In a later update, J&K police identified one among the other two terrorist casualties as teenager Natish Shakeel Wani of Srinagar’s Baba Demb. He had been reported missing since April 16, when he left home for prayers. Natish’s family had publicly appealed for him to return. The third terrorist killed in the operation could be a Pakistani, sources said.
The action in Pulwama had started almost immediately after a joint police and Army team launched a cordon-and-search operation at Pahoo, based on reports about the presence of terrorists in the area. As the forces zeroed in on the suspected hideout, they were greeted with gunfire. The firing continued for a while before the guns on the terrorists’ side fell silent.
IGP Kumar counted Saturday’s encounter at Mirhama in Kulgam, too, as a big counter-terrorism success. “Both the slain JeM terrorists, Sultan Pathan and Zabiullah, were Pakistani. Incriminating materials along with arms and ammunition, including two AK series rifles, seven magazines and nine grenades, were found on them,” he said.
(With inputs from agencies)