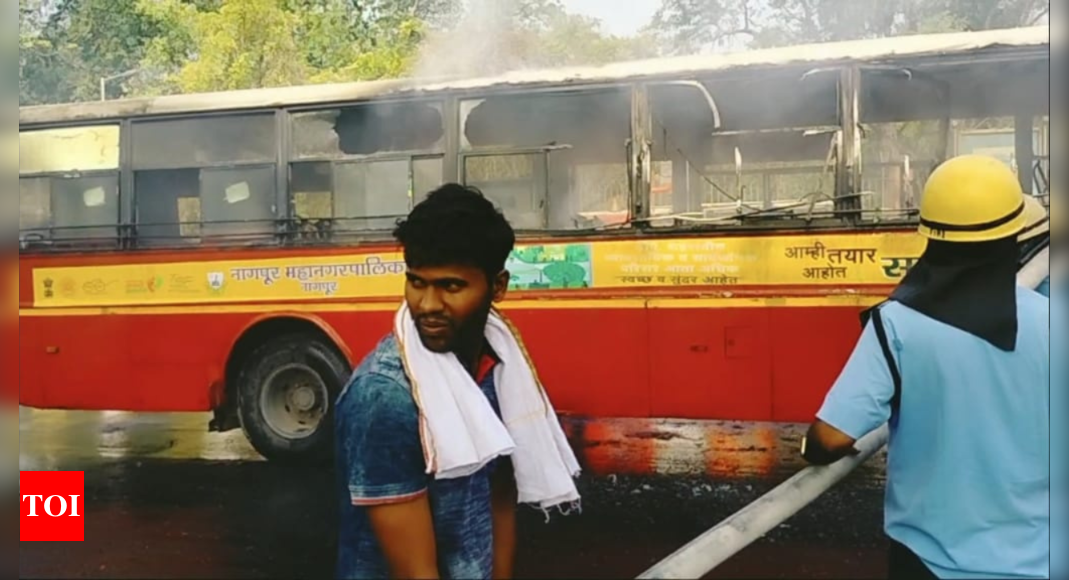 NAGPUR: As many as 25 passengers had a miraculous escape after a bus caught in Nagpur on Thursday morning.
No casualties or injuries were reported, said fire officials.
(Photos: Ranjit Deshmukh)
At around 9am, an Aapli bus left Morbhavan bus stop for Khaparkheda. On its way, at around 9.20am, the bus caught fire when it reached the Reserve Bank Of India building. Acting swiftly, the bus driver Kishore Bhute and conductor Gaurav Kamble vacated the bus.
On being informed, two fire tenders from nearby Civil Lines fire station reached there and doused the inferno.
The cause of the fire was not known yet, said the fire officials.
With Thursday’s incident, it is the third incident of moving city buses catching fire.