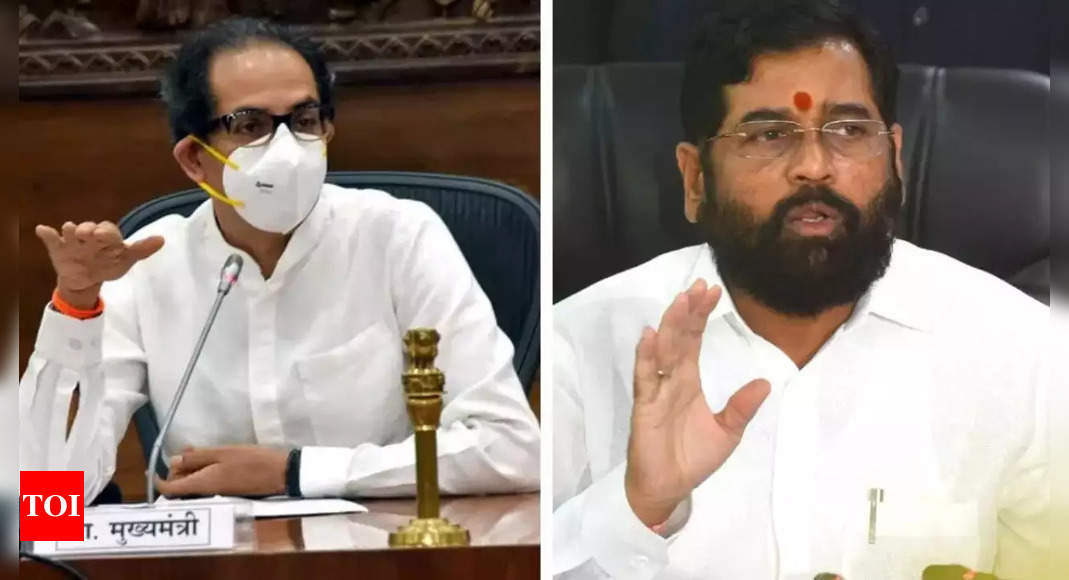 NEW DELHI: A Supreme Court bench led by Chief Justice of India NV Ramana will hear on July 20 the plea by Maharashtra chief minister Eknath Shinde and 14 other Shiv Sena MLAs challenging the disqualification proceedings initiated by the deputy Speaker.
The court will also hear the plea by Uddhav Thackeray-led Shiv Sena group challenging the decision of the newly elected Speaker Rahul Narwekar recognising the whip nominated by the Shinde faction as the Chief Whip of Shiv Sena.
Both the groups have sought the disqualification of legislators from the rival faction.

After his rebellion led to the collapse of the Thackeray-led Maha Vikas Aghadi (MVA) government, Shinde took oath as the CM on June 30 along with BJP leader Devendra Fadnavis as his deputy.
In a relief to Shiv Sena MLAs of the Thackeray faction, the SC had asked Narwekar not to proceed with the plea seeking their disqualification, which was sought by the Shinde camp on the ground of defying party whip during the trust vote and the election of the Speaker.

The Thackeray camp claims that the Shinde-led government is “illegal” until the top court decides on disqualifications, while the rebels claim that they are the real Sena with an overwhelming majority of party MLAs and have the right to select the chief whip and issue notices accordingly.
Raut seeks President’s Rule
Meanwhile, Sena MP Sanjay Raut on Sunday demanded the imposition of President’s rule in Maharashtra till the constitution bench of the Supreme Court gives its verdict.
Barbados has a population of 2.5Lacs & yet has a Cabinet of 27.Maharashtra’s 12Cr population has cabinet of 2 memb… https://t.co/AYR7inflUX— Sanjay Raut (@rautsanjay61) 1657985405000
“Article 164 (1-A) of the Constitution says that the number of ministers including CM of the state shall not be less than 12. For the last 2 weeks, the cabinet consisting of just 2 ministers is taking decisions that are not Constitutionally valid. Honourable governor sir, what’s going on?” he questioned.

Raut further slammed the Shinde-led government for not expanding the Cabinet.
“It (expansion of cabinet) has not happened because there is a Constitutional problem. The 40 rebel MLAs of Shiv Sena (in the Shinde camp) face the threat of disqualification and the matter is being heard in the Supreme Court. If they take oath as ministers, they will be disqualified,” he said.
Cabinet expansion on July 20-21?
Sources on Sunday said that the Shinde-led government is likely to expand its cabinet after the Presidential polls, voting for which is scheduled to be held on July 18.
“There is a possibility of distributing cabinet portfolios on July 20 or 21, followed by swearing-in and holding the monsoon session within the next 10 days. This would enable ministers to learn about their new ministries so that they can answer questions on the floor of the House,” a senior BJP leader said on Sunday.
(With inputs from agencies)