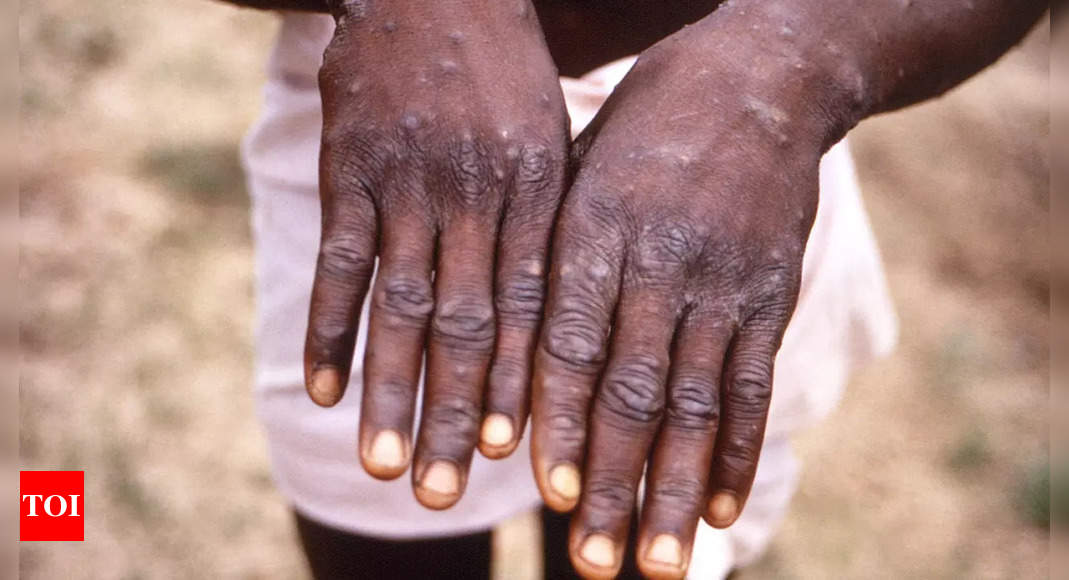 NEW DELHI: The Union health ministry on Tuesday issued guidelines for management of monkeypox although India has not reported any case of the disease yet. Officials said the norms had been issued to ensure preparedness to deal with any potential crisis.
The ministry said even one case is to be considered an outbreak. It should trigger a detailed probe by rapid response teams that need to be initiated through the integrated disease surveillance programme. It directed all states and UTs to report any suspected case immediately to the state and central surveillance unit, which shall report the same to the health ministry.
The norms said contacts of a confirmed case should be monitored daily for onset of symptoms for 21 days.
The directive follows a meeting in Delhi last week attended by experts, among others, from ICMR, NIV, National Centre for Disease Control, and AIIMS.