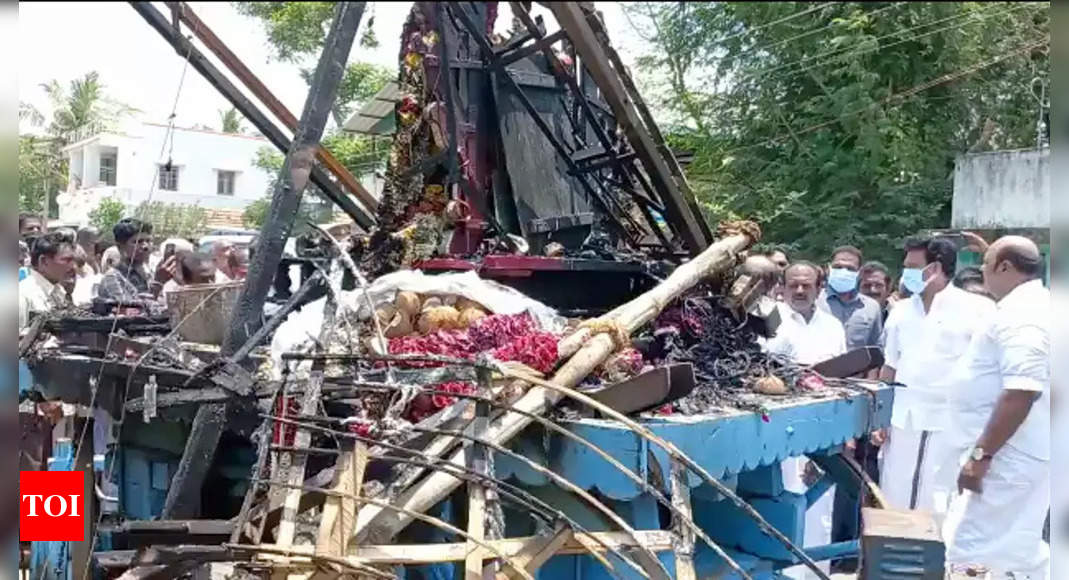 THANJAVUR: For 93 years, villagers around Kalimedu in Thanjavur have attributed much of their well-being to participation in the Appar Swamy chariot festival. But the 94th annual run left them mourning the deaths of 11 people after the top of the 25-foot chariot grazed a high-tension power cable triggering electrocution and fire.
Three of the dead were boys.
Police said the makeshift chariot caught fire around 3.10am on Wednesday when some people, many of them kids, were taking it back to the temple. The wires were strung 23 feet above the road along one side, but the top of the chariot loomed two feet higher.
The villagers were turning the chariot when they moved close to the power lines. Death was instantaneous for 11 people who were electrocuted as the chariot was made of iron pipes. Eighteen others suffered burns. S Raja, an eyewitness, said the road was wet as water was poured on the chariot wheels as a ritual, so people were scared to go to the rescue of the victims. It took 10 minutes before power supply was switched off, he said.