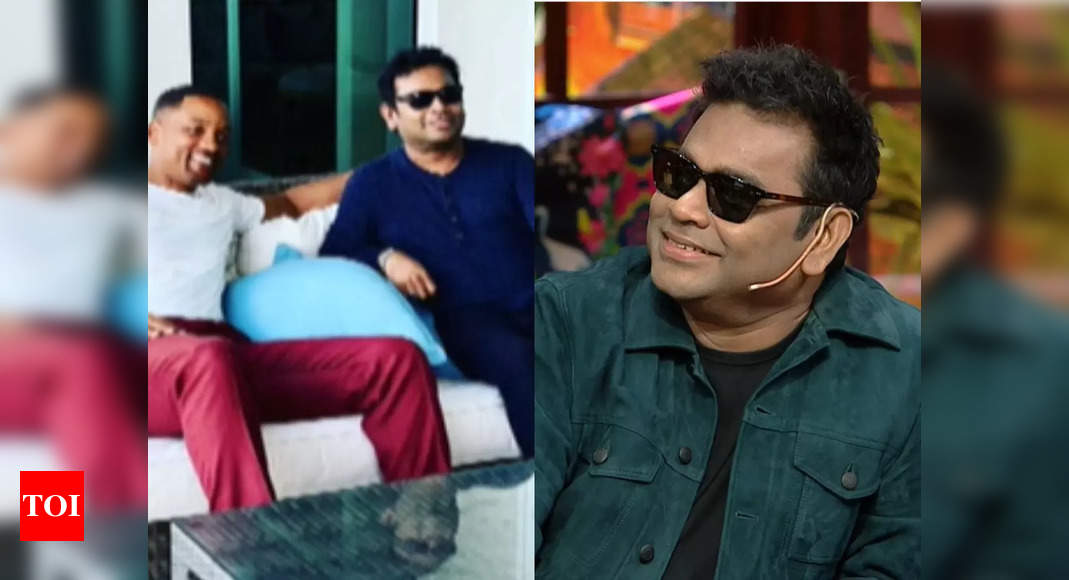 The latest episode of The Kapil Sharma Show, host Kapil Sharma talks about a hero’s entry in the films. He mimics, imitates and sings.

Tiger Shroff and Tara Sutaria make a dashing entry on the song from their film.

Tiger reveals that 10-15 pants are always kept ready for him as he shoots action or dance sequences.

Kapil jokes as he asks Tara, “You did Student of the Year 2 with Tiger and now this Heropanti 2. Aapko do number wale kaam karna pasaad aata hai?” Tara laughs and adds, “Now in all my interviews I will give this reply, ‘Mujhe do number wale kaam karna pasand hai’.”
Tiger reveals that he buys chocolates from duty-free for his mom whenever he comes back from outdoor shoots. Also, he talks about being a big foodie. When Archana asks him that how he maintains himself and talk about being a foodie. Tiger replies, “I cheat on Sunday. For breakfast I order pizza, I will have anything and everything I crave for the entire week.”
Tiger also adds that he is a vegetarian in front of his father (Jackie Shroff) and otherwise he is a hardcore non-vegetarian.
Kapil then asks Tara about her diet schedule, to which she replies, “I don’t go to the gym. Though everyone should workout. I don’t. I am a big foodie and at our home we only talk about food.”
Nawazuddin Siddiqui and director Ahmed Khan enter the show.
Nawazuddin reveals that playing with deadly weapons are romance to him when it comes to on-screen.
Kapil talks to Nawazuddin about his newly built house in white and asks if he ever feels like he is the President of the White house. Nawazuddin replies, “I heard you are doing art film?” Kapil replies saying that he is learning from him.
Kapil jokingly adds, “It is not an art film. It is a serious film. I am a very good actor but aap logon ne seriously nahi liya mujhe.”
Music maestro AR Rahman makes a grand entry. Kapil asks him, “Aap bahut selective kaam karte hai. Aap choosy zyada hai ya mehenge zyada hai?” He replies, “I am both.”
Kapil also questions AR Rahman about giving him a chance to do a playback, to which the musician replies, “I am waiting for the right project.”
Chandan Prabhakar comes on stage with his one-act. Sumona Chakravarti also makes an entry.
Kapil, Sumona and Chandan roast each other in front of the celebrity guests.
The celebrities then take part in ‘Post ka Post Mortem’ segment.
In the segment, AR Rahman takes part for the first time and a photo of him with Oscar winner Will Smith is shown. The music maestro shares that it is an old photo. However, the comments on the photo are after the ‘slap’ incident from Oscar Award. Sharing his experience of meeting Will Smith, AR Rahman says, “He is a sweetheart. He is a nice person. Sometimes such things happen.”

The actors then play ‘whispering game’.

After the game, Krushna Abhishek comes dressed as Sapna.

The celebrities then get to interact with the audiences.