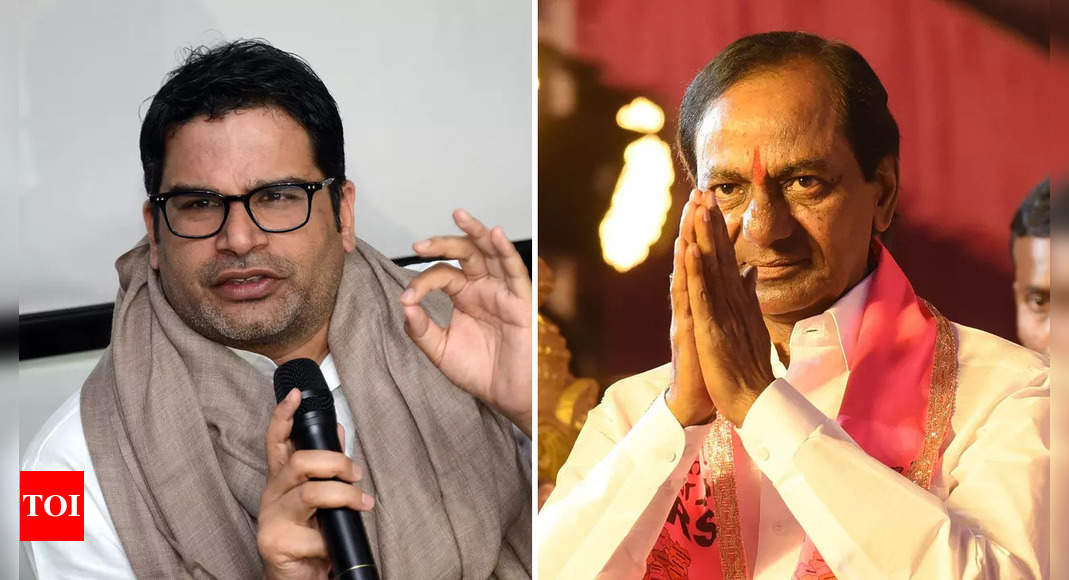 NEW DELHI: Telangana Rashtra Samithi (TRS) leader KT Rama Rao on Sunday confirmed that the Indian Political Action Committee (I-PAC) — once led by poll strategist Prashant Kishor — has been hired by the party ahead of next year’s assembly elections in the state.
Kishor has been camping out at chief minister K Chandrasekhar Rao’s official residence in Hyderabad since Saturday.
There are speculations that Kishor may join the Congress — the key opposition to the TRS in Telangana — as he recently met party chief Sonia Gandhi thrice to present his strategy for the 2024 general elections as well as upcoming state polls.
“Kishor has introduced I-PAC to the TRS party and the consultancy is working officially for the TRS. We are not working with Kishor, who has disassociated himself from I-PAC and he is doing his own politics,” KTR clarified.
The TRS working president said CM Rao has been running the party for over two decades but that there was a need to expand into the “digital medium”.
Kishor is understood to have shared with KCR the result of the survey done by his team in 89 assembly constituencies in Telangana. He had already given a report to the TRS president on the survey done in 30 constituencies.
The TRS leader and Kishor are also reported to have exchanged views on the current political situation in the country and KCR’s plans to forge an alliance of regional parties.
While Kishor has officially ended his relations with I-PAC, he is said to be privy to all the decisions of the organisation which he has led for a number of years.
KCR had in March said Kishor is working with him on bringing a ‘parivartan’ (change) in the country. Rao had described Kishor as his best friend for the last seven-eight years and praised the latter for his commitment to the cause.
The Telangana CM has been working to bring together various non-BJP parties together against the saffron party’s alleged anti-people policies and to usher in a “qualitative change” in the country.
Kishor has previously planned the electoral strategies of the Trinamool Congress, AAP and DMK.
(With inputs from agencies)