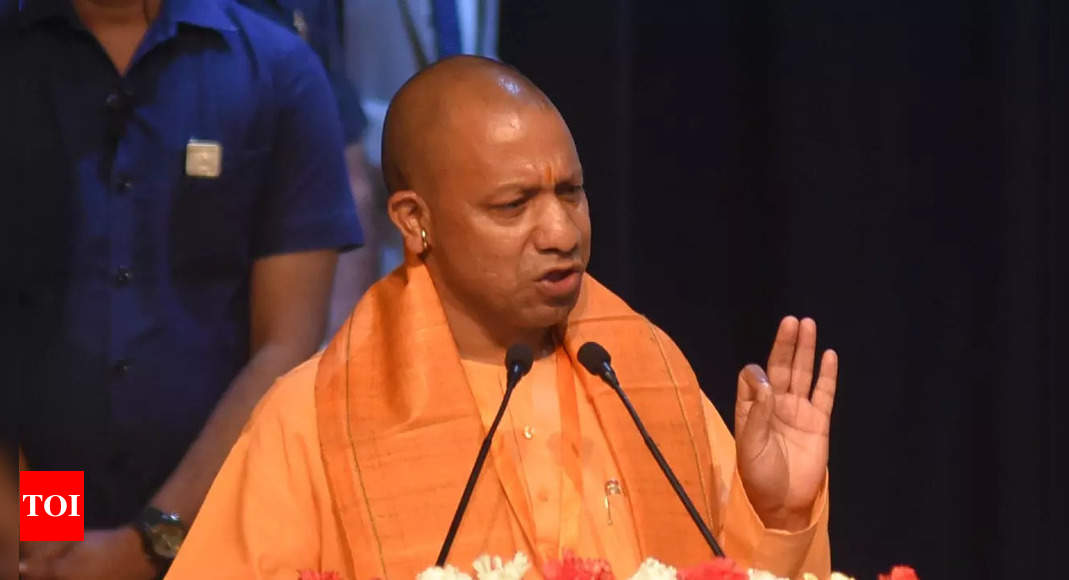 LUCKNOW: Chief minister Yogi Adityanath said here on Wednesday that his government gives equal respect to all faiths, but if people indulge in ugly display of their faith to harass others, it won’t be tolerated. Speaking to ground-level officers through a video-conferencing, he said that the show of communal amity on the occasion of Ram Navami has given a new identity to Uttar Pradesh.
“Some people tried to pollute this atmosphere on the occasion of Hanuman Jayanti, but they have been taken care of,” the CM said, asking the officers to gear up for May 3, when Eid and Akshaya Tritiya are likely to be celebrated together.
He also emphasised the role of dialogue in democracy, citing how smoothly loudspeakers at the religious places have been regulated across the state. The men in khaki have been on an overdrive for the past one week to bring down the loudspeakers that have been put up at religious places without prior permission or reason.