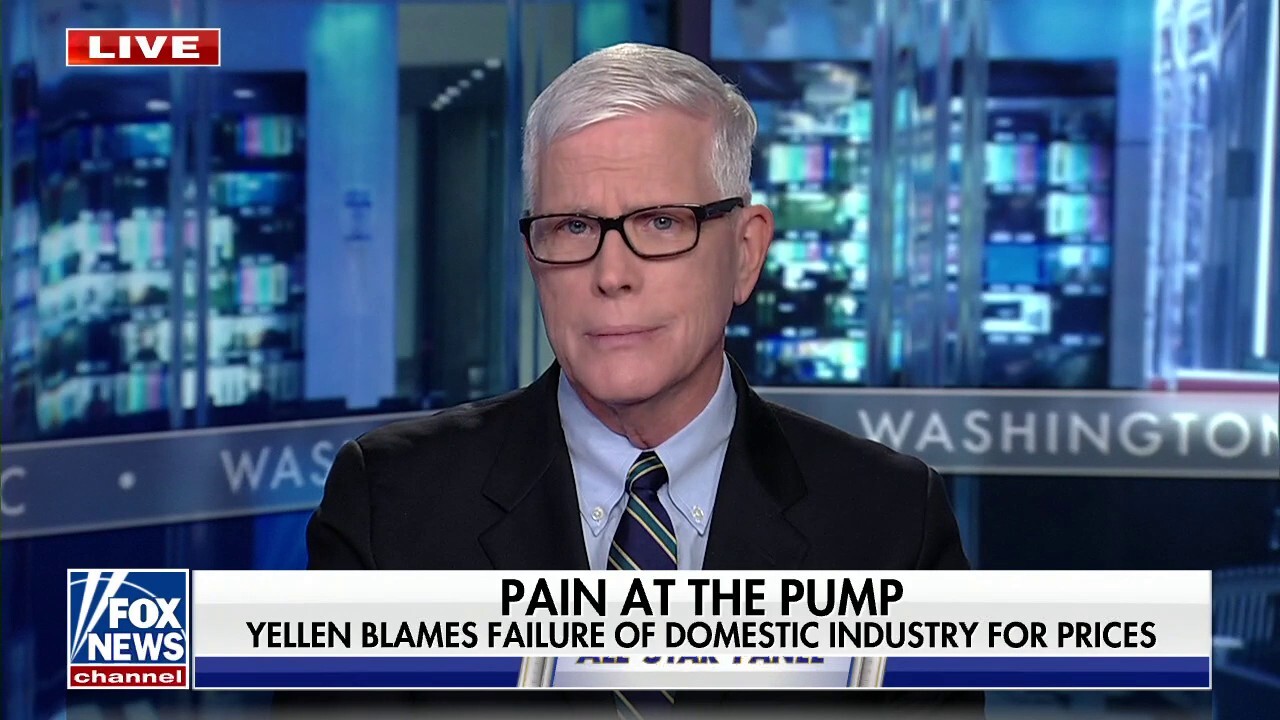 Syndicated radio host Hugh Hewitt said that President Biden is “throwing every obstacle in the way he can of lowering gas prices” Thursday on “Special Report.”

HEWITT: Secretary Yellen actually made me draw back and wonder when she said the production companies are not willing to produce [energy]. This very day, the administration canceled oil and gas leases in Alaska. Last week, they withdrew them in the Gulf of Mexico. Of course, we can go back to Keystone. This is an anti-energy administration. And that, of course, as Kimberly [Strassel] just said, increases pressure. Energy markets are forward-looking and so long as they see ahead of them obstacles from every department, regulatory impediments from every official with a pen and a bureaucratic sense of mission, they’re not going to produce. I just cannot actually believe that Janet Yellen said it’s the producer’s fault when Joe Biden is throwing every obstacle in the way he can of lowering gas prices.

MASON: I, in fact, asked President Biden a question about that earlier this week after his speech about inflation. I said, “You initially thought this was going to be transitory. That’s not the case. What is your projection now?” And he didn’t want to give a projection, and that’s probably because they just don’t know. They want it to come down, obviously. It is not only an economic liability for this president, it is also a political liability going into the November midterms.

WATCH THE FULL DISCUSSION BELOW: