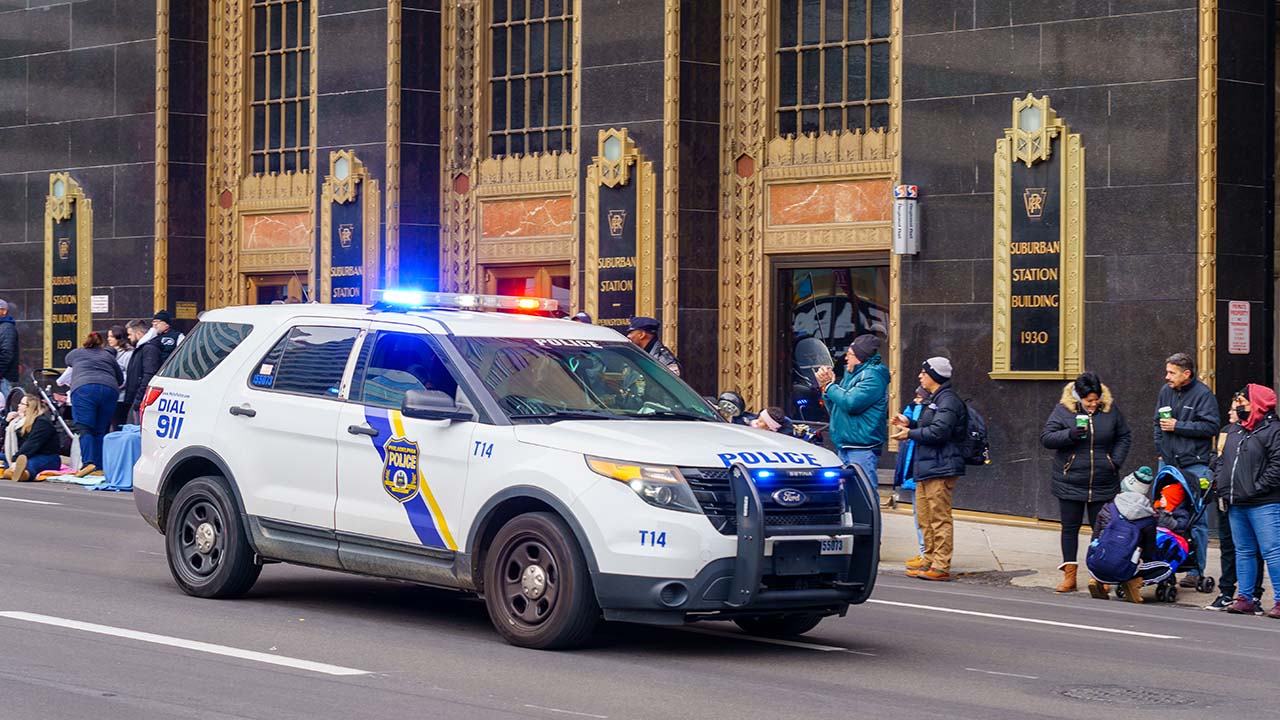 Former Philadelphia police officer Edsaul Mendoza, 26, has been charged with murder for the shooting of a 12-year-old boy, the city announced Monday.

Mendoza was fired from the Philadelphia Police Department following the March 1 incident, in which the boy, Thomas Siderio, fired at Mendoza’s unmarked police car and was killed seconds later after attempting to flee.

Mendoza and three other plainclothes police officers were in an unmarked police vehicle monitoring reports of a stolen firearm in the area. They soon came across Siderio and another young man, one of whom was carrying a gun.

Shallow depth of field image taken of yellow law enforcement line with police car and lights in the background.

The officers then pulled up close to the boys and turned on the vehicle’s red and blue emergency lights, according to ABC 6. It was then that Siderio fired at the police officers, sending a round through the rear passenger window and ultimately lodging into the passenger headrest.

The shot missed the officers, but one suffered from glass shards spraying into his face.

Mendoza then exited the vehicle and fired three rounds as Siderio attempted to flee. District Attorney Larry Krasner said the first two shots missed, and the second was fired after Siderio had thrown his gun.

Siderio then appeared to go to the ground, though it was not clear whether he tripped or intentionally dove, according to charging documents. Mendoza then approached in a way “completely inconsistent with Mendaoza believing Siderio was armed” and fired a third round into Siderio’s back from roughly 10 feet away, according to Krasner.

“Thus, when Mendoza fired the third and fatal shot, he knew the 12-year-old, five-foot-tall, 111-pound Thomas Siderio no longer had a gun and no ability to harm him,” Krasner said. “But he fired a shot through his back nonetheless, killing him.”

Mendoza surrendered to authorities on Sunday. The Fraternal Order of Police says they will provide him with an attorney, according to ABC 6.