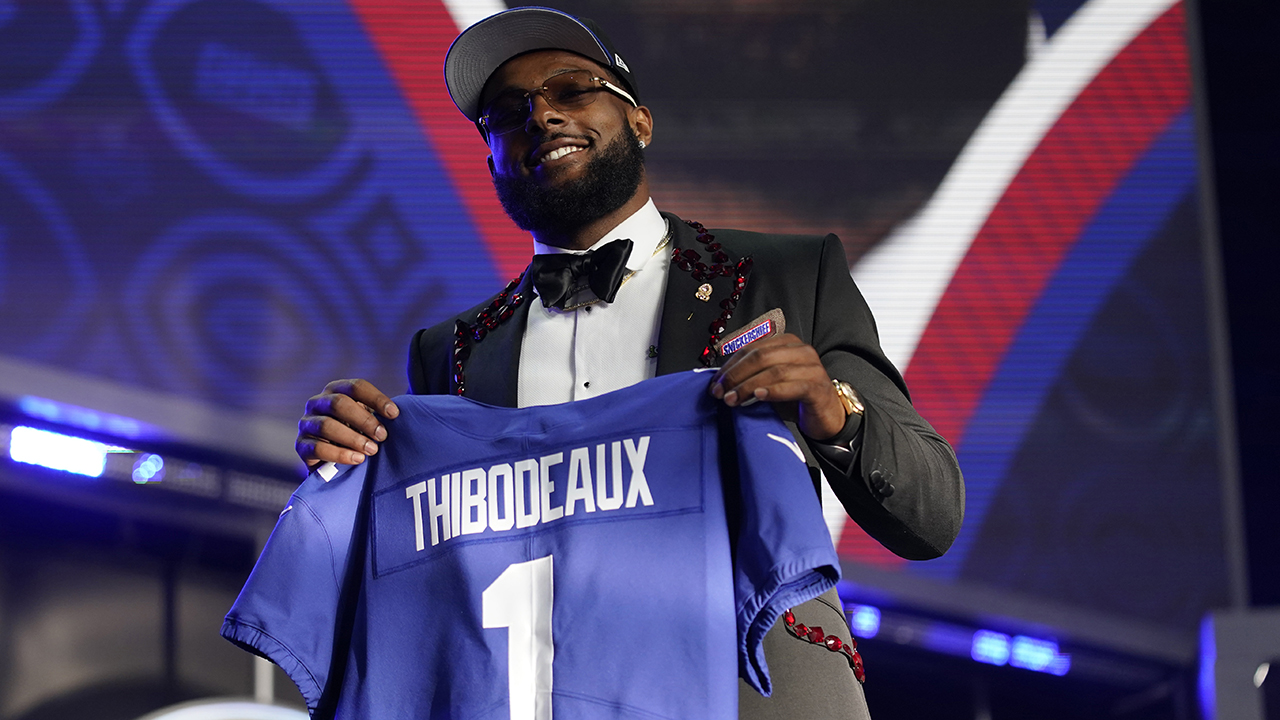 The New York Giants selected Oregon standout Kayvon Thibodeaux with the No. 5 pick of the NFL Draft on Thursday night and he told reporters afterward why the Big Apple is the perfect spot for him.

“Because I’m hungry. I’m really competitive and hungry, and I feel like New York is the pinnacle of a dog-eat-dog world,” he said.

It’s just the start for the new Giants rookie as he looks to etch his name into the franchise that has a lengthy history of producing great defensive ends and linebackers – one of them being Michael Strahan.

Thibodeaux was asked about his relationship with Strahan.

“He literally is one of my mentors, and he’s been talking to me throughout this process. He actually came to visit me when I was on my visit with the team, so seeing him out there that was really dope because he’s given me wisdom, and he even was able to speak on my behalf because we have built a relationship over the year,” Thibodeaux said.

He said he spent most of his time with the Giants during the pre-draft process and thinks his abilities can fit well with the scheme defensive coordinator Wink Martindale is setting up.

“I’m a smart guy,” Thibodeaux said. “I feel like his multiple defense is really going to give me the opportunity to be versatile and kind of just show everything I bring to the team.”

In 10 games during his final season with the Ducks, he had 49 total tackles, including 12 for a loss, and seven sacks. He was a consensus All-American in 2021 and the 2019 Pac-12 Defensive Freshman of the Year.

Thibodeaux said the Giants are getting more than just a football player.