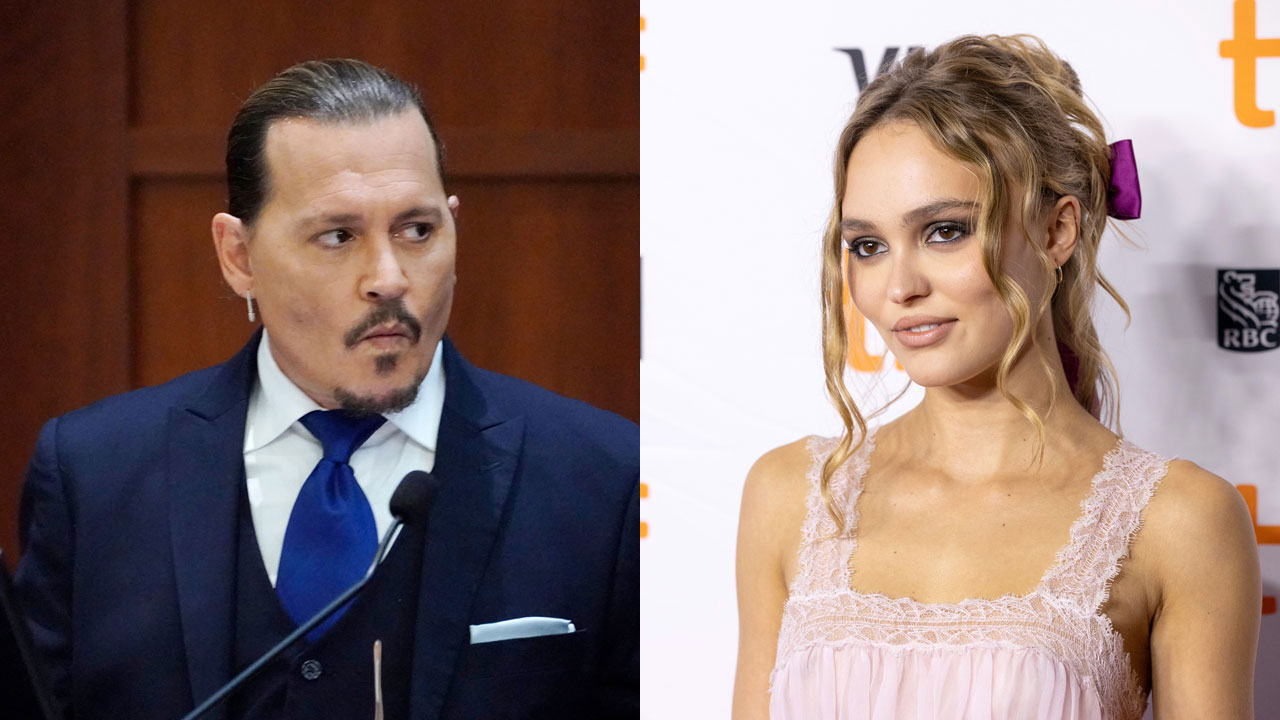 Depp sued Heard — whom he was romantically linked to from 2012 until 2016 — after the actress wrote an op-ed in the Washington Post detailing alleged abuse. Although Heard didn’t name Depp in the op-ed, she detailed allegations of abuse that allegedly occurred in 2016 when she was married to Depp.

During Tuesday’s testimony, a story about Depp and Heard’s time on the “Pirates of the Caribbean” star’s private island that included Lily-Rose took center stage.

Johnny Depp’s private island manager testified Tuesday about a time she arranged transportation off the island for Lily-Rose Depp and Amber Heard after the actor passed out drunk in the sand in front of his kids.
(Getty Images)

Tara Roberts, the manager of Depp’s private island, testified via video and recalled that she arranged for transportation to take Lily-Rose, who was around 13 years old at the time, and Heard off the island after the actor passed out drunk in the sand in front of the children. The two were accompanied by a friend of Heard’s, Roberts said.

Depp is also father to a son, Jack. Jack was around 11 at the time. Roberts testified that Jack remained while Lily-Rose left.

The incident apparently occurred in the summer of 2013.

Heard’s lawyer, Elaine Bredehoft, asked Roberts if she remembers Lily-Rose being “upset because her father was drinking and trying to hide it from” her. Depp’s lawyer objected, and Roberts didn’t have to respond.

Prior to that, Lily-Rose was mentioned when Depp himself was testifying, saying that Lily-Rose did not attend his 2015 wedding to Heard. “My daughter Lily-Rose did not come to the wedding. She and Ms. Heard were not on particularly great terms for several reasons,” he testified.

So, who is Lily-Rose Depp?

Lily-Rose is the daughter of Depp and his ex, Vanessa Paradis. The two first began dating in 1998 after meeting in Paris while Depp was filming “The Ninth Gate.”

Depp and Paradis never got married despite spending nearly 14 years together.

Lily-Rose is the daughter of Depp and his ex, Vanessa Paradis.
(Javiles/BACKGRID)

“I love the romance of ‘Let’s get married,’ but then, when you have it so perfect … I mean, I’m more married than anybody can be – we have two kids. Maybe one day, but it’s something I can really do without,” Paradis once told Elle magazine.

Lily-Rose Depp is the youngest Chanel ambassador. She was chosen by Karl Lagerfeld in 2015. She was 16 years old at the time.

Lily-Rose was specifically in the Fall-Winter 2015/16 eyewear campaign.

More recently, she appeared in the Cruise 2020-21 collection and the Spring-Summer 2022 collection.

The star has been pictured in big billboard campaigns for the luxury fashion brand.

Making moves in the TV and film industry

The show was supposed to feature Lily-Rose in her first lead TV role along with singer The Weeknd in his first acting role.

Abel Tesfaye, aka The Weeknd, films scenes with co-star Lily-Rose Depp for his new HBO series “The Idol” in Los Angeles.
(Backgrid)

However, HBO recently announced changes were being made to the cast of the show.

“‘The Idol’s’ creative team continues to build, refine and evolve their vision for the show and they have aligned on a new creative direction. The production will be adjusting its cast and crew accordingly to best serve this new approach to the series. We look forward to sharing more information soon,” an HBO spokeswoman told Deadline.

It’s unclear if Lily-Rose’s role will be recast.

Lily-Rose Depp’s appearances – and outfit choices – at the Met Gala made waves. The star is pictured here in 2021 at the Met Gala.
(Taylor Hill/WireImage)

Lily-Rose Depp’s appearances – and outfit choices – at the Met Gala made waves. She attended the 2021 Met Gala, which was held in September.

The model turned heads in a head-to-toe Chanel. She paired a light pink and black two-piece number with black heels.
(Theo Wargo/Getty Images)

She has made many appearances at past Met Galas.

It’s unclear if she will attend this year’s event scheduled for May 2 in New York City.

This year’s theme is “In America: An Anthology of Fashion.”

Lily-Rose has dated some big names in the Hollywood industry.

The model and actress dated Timothée Chalamet after the two met while filming “The King” in 2018. It’s unclear why the two split, but Chalamet confirmed the breakup in April 2020 after describing himself as “currently single.”

She was also briefly linked to “Elvis” star Austin Butler as the two were photographed sharing a kiss after a date in August 2021.

Lily-Rose and French rapper Yassine Stein photographed together. The two are currently an item.
(Backgrid)