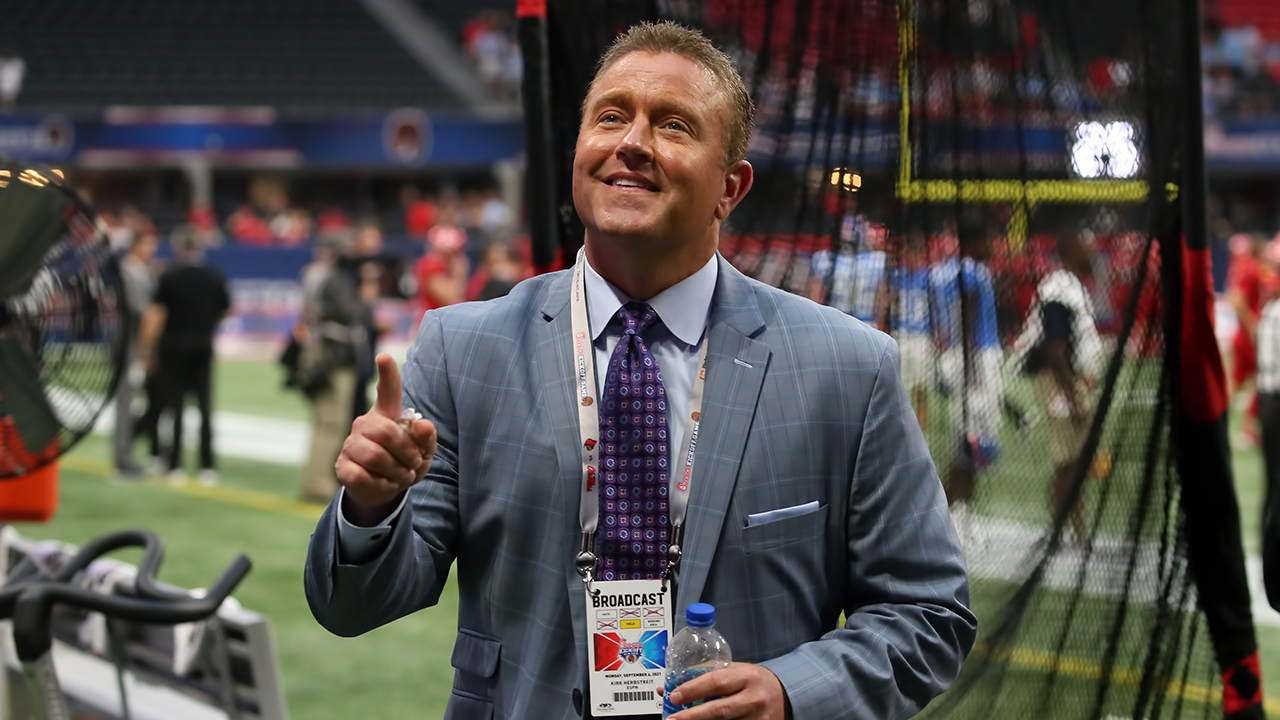 Kirk Herbstreit, ESPN’s top college football analyst, announced Monday he will not take part in the network’s coverage of the 2022 NFL Draft in Las Vegas this week after discovering a blood clot.

Herbstreit, 52, took to Twitter to announce that he would not be present for ESPN’s coverage of the draft “out of an abundance of caution.”

ESPN College Gameday analysts Lee Corso and Kirk Herbstreit talk prior to a game between the Notre Dame Fighting Irish and the Wisconsin Badgers Sept. 25, 2021, at Solider Field in Chicago.
( Dan Sanger/Icon Sportswire via Getty Images)

“Unfortunately, I will not be able to come out to Vegas and be a part of this year’s coverage. Doctors have recently found a blood clot in my system,” Herbstreit said in a video. “Very fortunate to have really good doctors who I trust. I feel good, but out of an abundance of caution, I think I’m just going to take a step back from this year’s draft coverage.

“I’m just sad I will not be able to be out there. But I will be watching, like everybody else. … I will see you guys at next year’s draft.”

Herbstreit is in his 26th year with ESPN, where he is the lead analyst for the College Football Playoff. It was announced last month he will also call NFL games for Amazon for the 2022-23 season.

Kirk Herbstreit points to the crowd before the Chick-fil-A Kickoff Game between the Louisville Cardinals and the Ole Miss Rebels Sept 6, 2021, at Mercedes Benz Stadium in Atlanta.
(Michael Wade/Icon Sportswire via Getty Images)

News of Herbstreit’s absence follows an announcement from ESPN NFL Draft analyst Mel Kiper Jr. last week that he would be covering the event from home because he is unvaccinated against COVID-19.