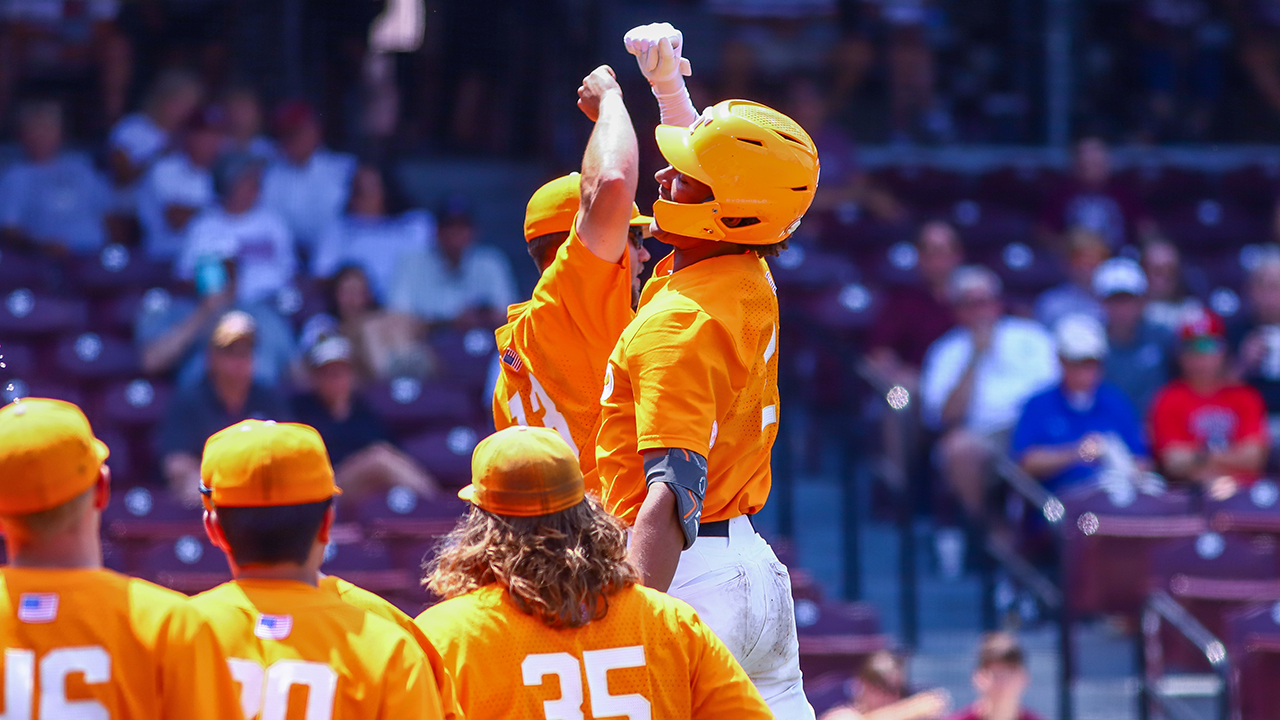 HOOVER, Alabama – No. 1 Tennessee is two wins away from its first overall SEC Tournament championship.

Sophomore right-hander Chase Dollander kept a competive LSU team at arm’s length throughout the night for a 5-2 victory Friday in front of about 8,000 at Hoover Metropolitan Stadium to advance to the semifinals.

Tennessee Volunteers infielder Cortland Lawson (9) throws the ball from shallow center field during the game between the Mississippi State Bulldogs and the Tennessee Volunteers on May 21, 2022 at Dudy Noble Field at Polk-DeMent Stadium in Starkville, MS.
(Photo by Chris McDill/Icon Sportswire via Getty Images)

The Volunteers (51-7) will play the fourth game on Saturday at approximately 9 p.m. eastern time against the winner of Kentucky and LSU, which will play a mid-afternoon, elimination game. A win there, and the Vols will reach their second straight tournament title game. Tennessee lost the championship game to Arkansas last year and has previously only won three East Division titles from 1993-95.

The championship game will be at 3 p.m. Sunday on ESPN2. All other games are on the SEC Network.

Tennessee Volunteers head coach Tony Vitello signals to the bullpen during the game between the Mississippi State Bulldogs and the Tennessee Volunteers on May 21, 2022 at Dudy Noble Field at Polk-DeMent Stadium in Starkville, MS.
(Photo by Chris McDill/Icon Sportswire via Getty Images)

The Vols wasted no time in electrifying the Volunteer-dominated crowd. Dollander struck out the side in the top of the first inning. He finished with nine strikeouts in six and two-thirds innings, allowing four hits and one earned run for the win to go to 9-0 on the season.

The Tigers’ two runs in the fifth to cut their deficit to 3-2 were both aided by errors by left fielder Seth Stephenson and shortstop Cortland Lawson.

LSU was limited as top hitters Jacob Berry and Cade Doughty did not play for the second straight game due to injuries.

Then Tennessee went right to work in the bottom of the first as Jordan Beck tripled to right field, scoring Luc Lipciius, who had walked, for a 1-0 lead. After a wild pitch by LSU starter Ty Floyd, Beck scored for a 2-0 advantage. Floyd took the loss to fall to 5-4.

The Vols pushed that to 3-0 in the second on a bases-loaded walk by Floyd to Jordan Beck. After LSU cut it to 3-2 in the top of the fifth, Tennessee scored two runs in the bottom half on an RBI single by Drew Gilbert and an RBI double by Jorel Ortega that chased Floyd.