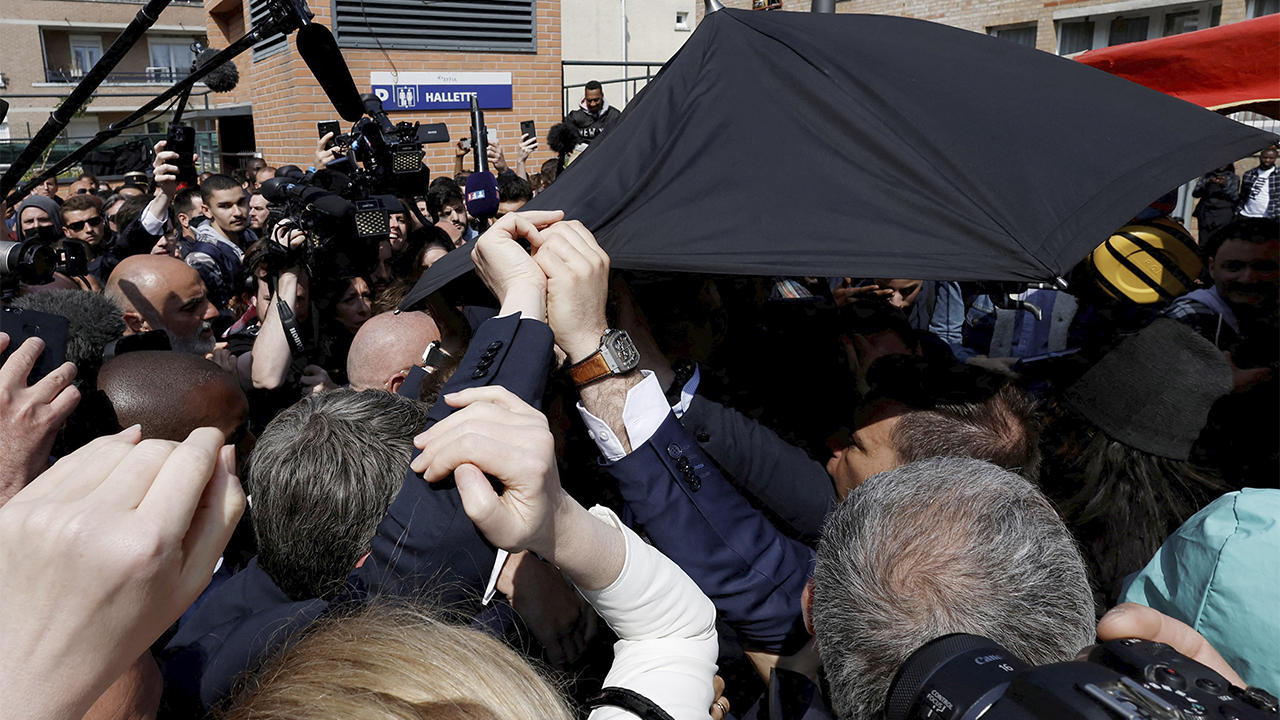 Macron’s security detail could be seen wielding an umbrella to deflect a barrage of cherry tomatoes during Wednesday’s visit. Macron secured re-election against nationalist candidate Marine Le Pen on Sunday.

French President Emmanuel Macron is protected with an umbrella after a projectile was thrown during a walkabout at the Saint-Christophe market square in Cergy, a Paris suburb, Wednesday, April 27, 2022.
(Benoit Tessier, Pool via AP)

Footage shows Macron and his security detail wading through a crowd in Cergy only for a nearby man to be pelted with tomatoes. Security sprang into action, covering Macron first with their hands and arms and then with umbrellas.

Macron appeared to remain relatively calm during the incident, pointing for his entourage to move away following several seconds of confusion.

President Biden attempted to call Macron to congratulate him on his victory Sunday evening, the night of the election. Macron didn’t take his call, however, as he was “at the Eiffel Tower having a good time,” according to Biden.

Biden and Macron spoke via telephone on Monday.