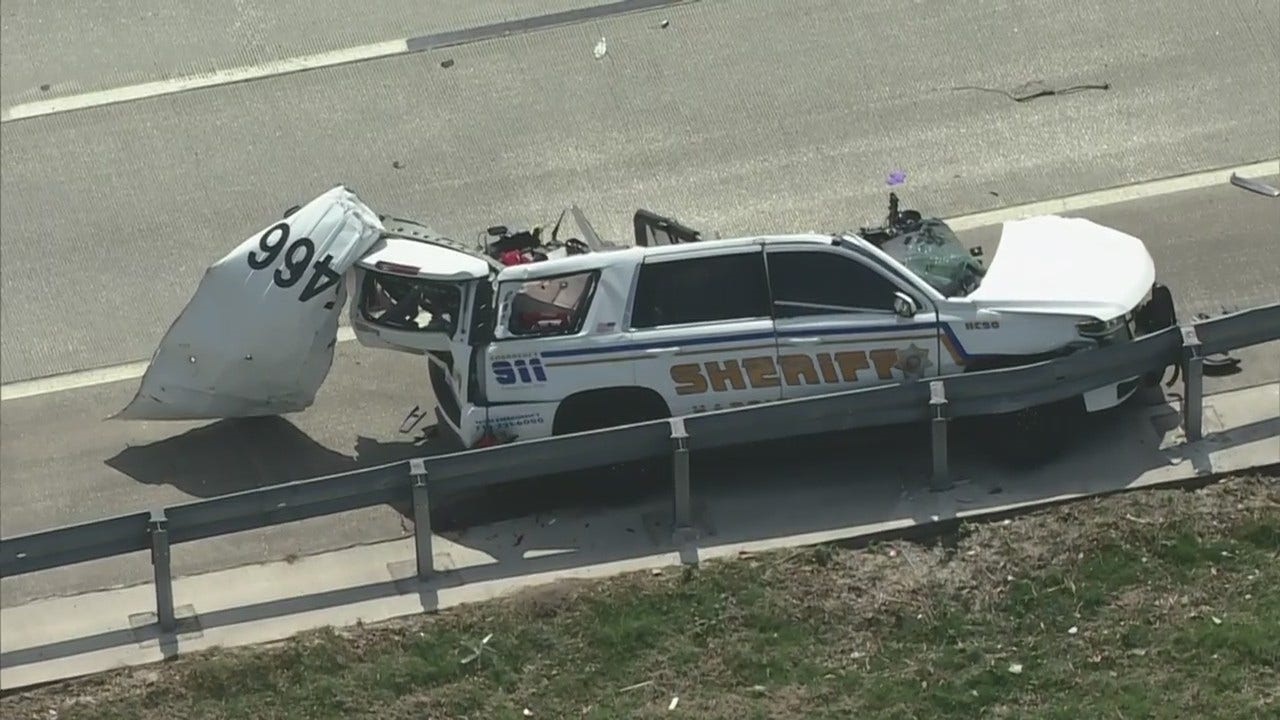 A Texas sheriff’s deputy was killed Wednesday after a crash with an 18-wheeler truck on a Houston-area freeway and another was injured during an escort to the hospital, authorities said.

Harris County Sheriff’s Deputy Robert Adam Howard, 27, died a short time after the incident on State Highway 249 in the Houston suburb of Cypress.

He was initially taken to a hospital in critical condition before he died, authorities said.

During the escort of Howard to the hospital, a second deputy on a motorcycle was injured during a crash as authorities were blocking traffic, Sheriff Ed Gonzalez said.

That deputy was not seriously injured, he said.

Images of the scene showed a commercial truck on the side of the freeway and a sheriff’s patrol vehicle smashed on its left side with the roof ripped off.

All northbound lanes on the freeway were closed as authorities investigate.