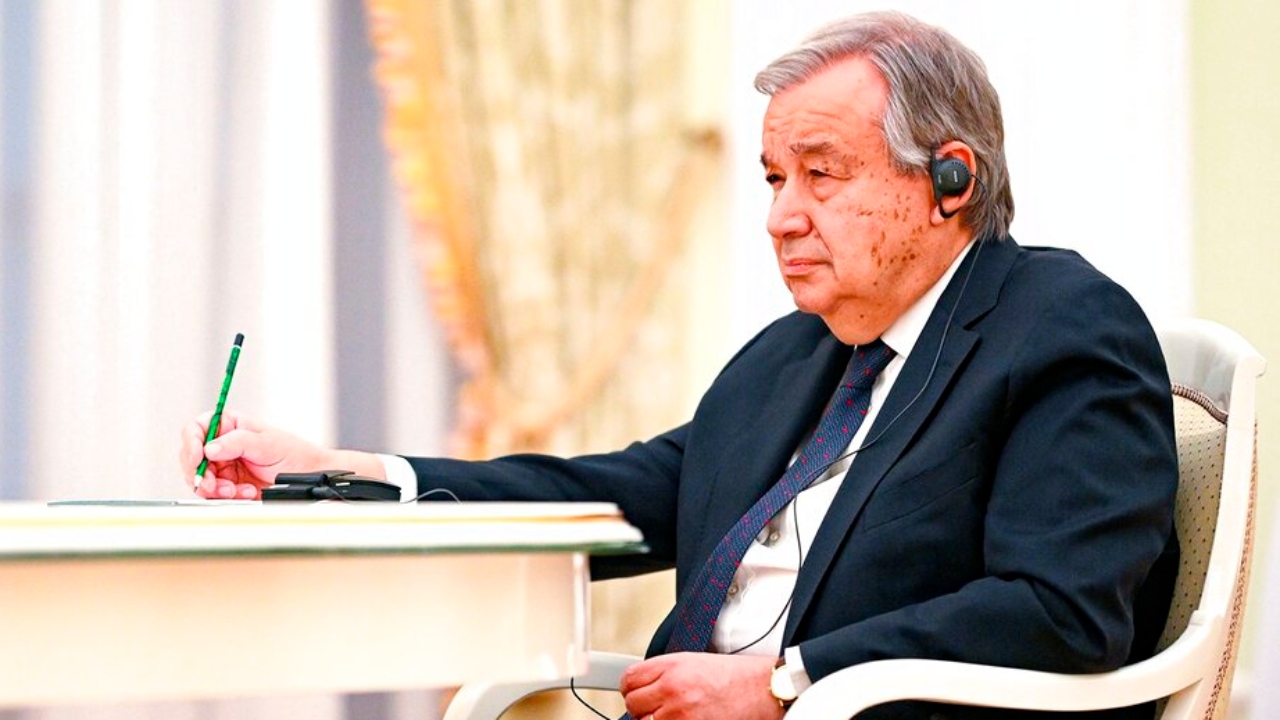 At a meeting, the two also reportedly agreed in principle that the U.N. and the International Committee of the Red Cross should be involved in the evacuation of civilians there.

UN CHIEF: RUSSIA STILL HAS ‘DIFFERENT POSITION’ ON WHAT IS HAPPENING IN UKRAINE

U.N. spokesperson  spokesman Stephane Dujarric told reporters that the pair discussed “proposals for humanitarian assistance and evacuation of civilians from conflict zones, namely in relation to the situation in Mariupol.”

Further talks on the evacuation will be held with the U.N. humanitarian office and the Russian Defense Ministry.

On Monday, Ukraine called for the U.N. to oversee any safe evacuation route from the steel plant.

During the two-hour talk, Guterres criticized Russia’s military action in Ukraine and called on Moscow to allow the evacuations.

In turn, Putin claimed Russian troops have offered humanitarian corridors to civilians there, but alleged that Ukrainian defenders of the plant were using civilians as shields and not allowing them to leave.

About 2,000 soldiers and 1,000 civilians are estimated to be holed up underneath the site, which has been almost completely destroyed by Russian attacks.

He proposed coordination between the U.N., Red Cross and Ukrainian and Russian forces to enable the evacuation of civilians “both inside and outside the Azovstal plant and in the city, in any direction they choose, and to deliver the humanitarian aid required.”

And yet, in an address on Wednesday, Putin vowed again that Russia’s goals in Ukraine will be achieved.

“I want to emphasize again that all the tasks of the special military operation we are conducting in the Donbas and Ukraine, launched on Feb. 24, will be unconditionally fulfilled,” he told both houses of Russia’s parliament.

After talking with Lavrov, Guterres noted Tuesday that Russia still has a “different position” on what is happening in Ukraine.

“According to the Russian Federation what is taking place is a special military operation with the objectives that were announced,” he said. “According to the U.N. in line with resolutions passed by the general assembly, Russia’s invasion of Ukraine is a violation of its territorial integrity and against the charter of the United Nations.”

Fox News’ Greg Norman and The Associated Press contributed to this report.