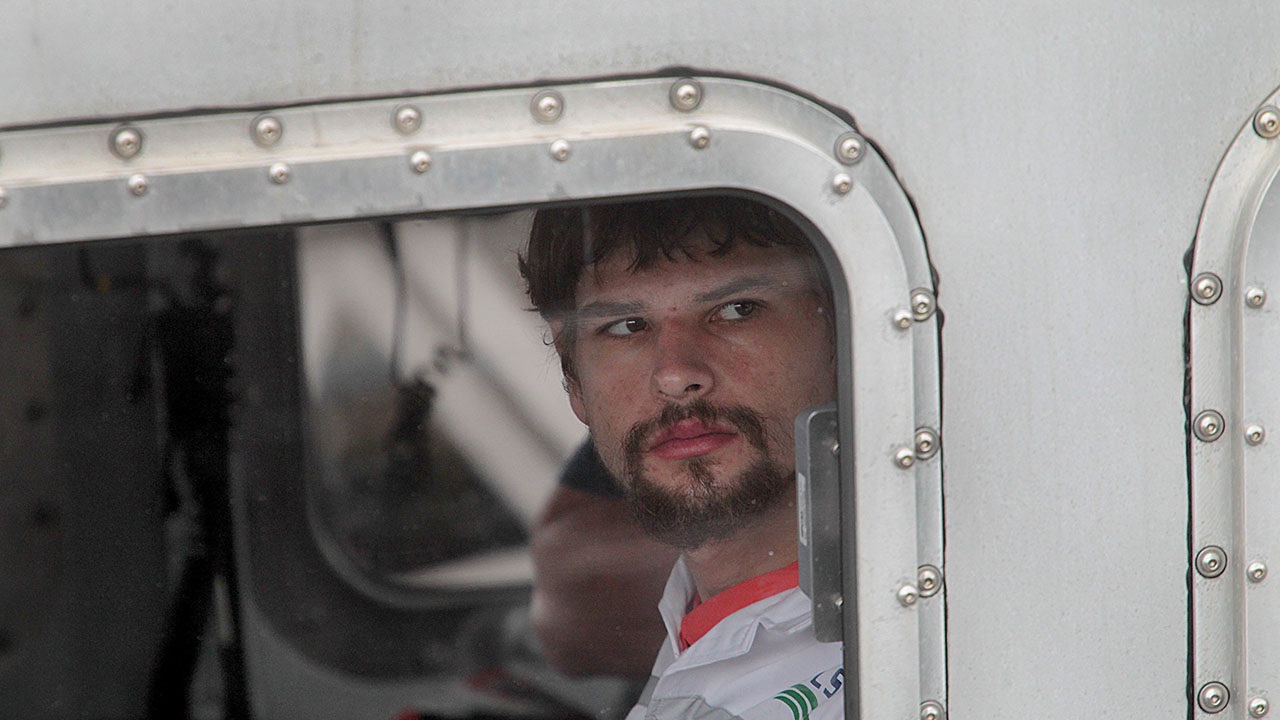 A New England man rescued from a life raft off the Rhode Island coast after he and his mother supposedly set off on a fishing trip in 2016 has been charged with her murder on the high seas nearly six years later.

Nathan Carman, now 28, of Vernon, Vermont, had already been suspected of shooting and killing his grandfather John Chakalos while the 87-year-old man was asleep alone at home in Windsor, Connecticut, in December 2013.

According to the new indictment unsealed in Burlington, Vermont, Carman killed his mother, 54-year-old Linda Carman, years later in September 2016 as part of an alleged scheme to obtain millions of dollars of inheritance money from his grandfather’s estate and related family trusts.

Nathan Carman arrives at the Coast Guard base in Boston on Sept. 27, 2016, after surviving the sinking of his 31-foot fishing boat near Block Canyon, off New York, in the Atlantic Ocean on Sept. 18.
(Suzanne Kreiter/The Boston Globe via Getty Images)

Carman was picked up in a life raft about 100 nautical miles south of Martha’s Vineyard, a Massachusetts island, on Sept. 25, 2016, by a Chinese freighter.

He claimed he and his mother had set off from a Rhode Island marina on their fishing boat, named the Chicken Pox, about a week earlier when the 31-foot vessel began gaining water near Block Canyon, off Montauk Point, New York, in the Atlantic Ocean. He claimed his mother mysteriously vanished while he hastily swam for the life raft.

Nathan Carman ignores questions from the media upon his arrival at U.S. District Court for his federal civil trial in Providence, Rhode Island, on Aug. 21, 2019.
(Nic Antaya for The Boston Globe via Getty Images)

The U.S. Coast Guard transported Carman back to their base in Boston, Massachusetts. His mother is presumed dead, though her body has never been recovered. Federal prosecutors now allege Carman purposely sank the boat, and witnesses have testified that he made faulty repairs before the voyage, removing two stabilizing trim tabs from the stern, near the vessel’s waterline, leaving holes that he tried to seal with an epoxy stick.

Carman was arrested at his home in Vernon on Tuesday and is expected to be arraigned before Chief U.S. District Judge Geoffrey W. Crawford on Wednesday.

The eight-count indictment charges him with his mother’s murder on the high seas and related frauds to obtain family and insurance funds, including to defraud the company that insured his fishing boat, the U.S. Attorney’s Office for the District of Vermont announced on Tuesday. Though the indictment says he also murdered his grandfather, it doesn’t charge Carman in that killing.

If convicted of murder, Carman faces mandatory life imprisonment, prosecutors said. The fraud charges each carry a potential penalty of up to 30 years of imprisonment.

Chakalos, who was a real estate developer, left behind an estate worth nearly $29 million, which was to be divided among his four daughters. Carman is in line to get about $7 million of the estate, as his mother’s only heir, The Associated Press reported. Chakalos’ three surviving daughters sued Carman in New Hampshire probate court, seeking to bar him from receiving any money from the estate. A judge dismissed the case in 2019, saying Chakalos was not a New Hampshire resident. The probate case was refiled in Connecticut, where it remains pending.