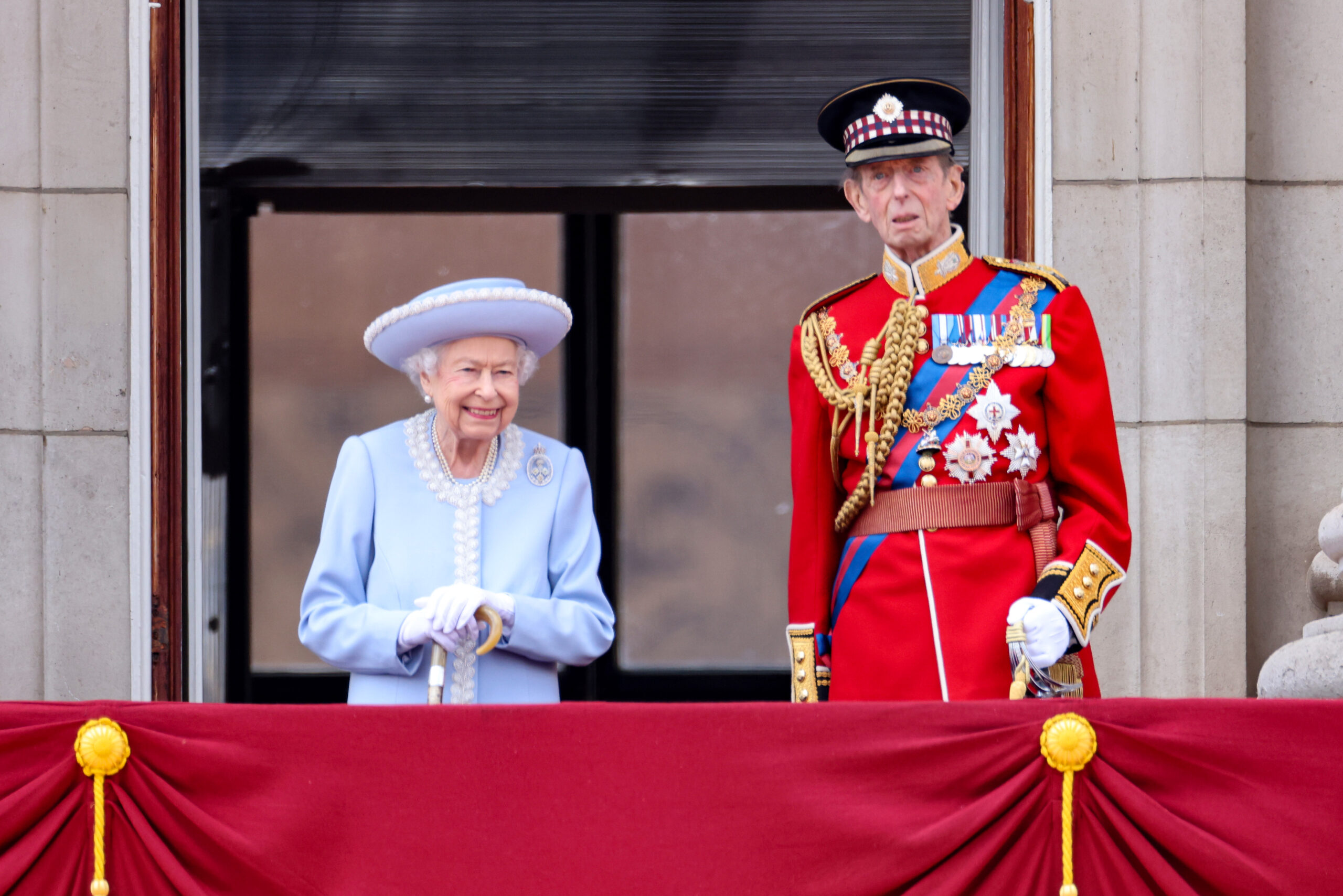 When Queen Elizabeth first appeared on the palace balcony during Thursday’s Trooping the Colour, she had one companion by her side.

The 96-year-old, who is celebrating 70 years on the throne, was accompanied by her first cousin Edward, the Duke of Kent, who was dressed in his military uniform. The 86-year-old later joined the other senior members of the royal family as they watched the military flypast.

This was the first time the queen appeared on the balcony without husband Prince Philip. The Duke of Edinburgh died in 2021 at age 99.

Queen Elizabeth and Prince Edward, Duke of Kent, on the balcony of Buckingham Palace during the Trooping the Colour parade.
(Chris Jackson/WPA Pool/Getty Images)

Edward is the son of Prince George, the younger brother of King George VI, the queen’s father. His mother, Marina, was the princess of Greece and Denmark. The matriarch’s mother was Grand Duchess Elena Vladimirovna of Russia, a granddaughter of Emperor Alexander II of Russia.

QUEEN ELIZABETH THROUGH THE YEARS

Edward inherited the title Duke of Kent after his father died in a wartime flying accident in 1942. The prince was just seven years old at the time of the patriarch’s death.

Like his relatives, the duke has dedicated his life to service. He also served in the armed forces for over two decades.

Edward “is involved with over 140 different charities, organizations and professional bodies which cover a wide range of issues, from commemorating the war dead to fostering the development of British technology and industry,” the royal family’s website revealed.

“His Royal Highness undertakes numerous engagements each year in support of these organizations, both in the U.K. and across the commonwealth,” it added.

One of his primary causes is raising awareness of the sacrifices made during World War II. He has been active in fostering German-British relations. He has also been president of the Stroke Association since 1977, among his numerous roles.

Prince Edward, Duke of Kent, attends a service of thanksgiving for the life of Prince Philip, Duke of Edinburgh, at Westminster Abbey.
(Max Mumby/Indigo/Getty Images)

Edward and his wife Katharine, Duchess of Kent, live at Wren House in Kensington Palace, the London residence of Prince William, Kate Middleton and their three children.